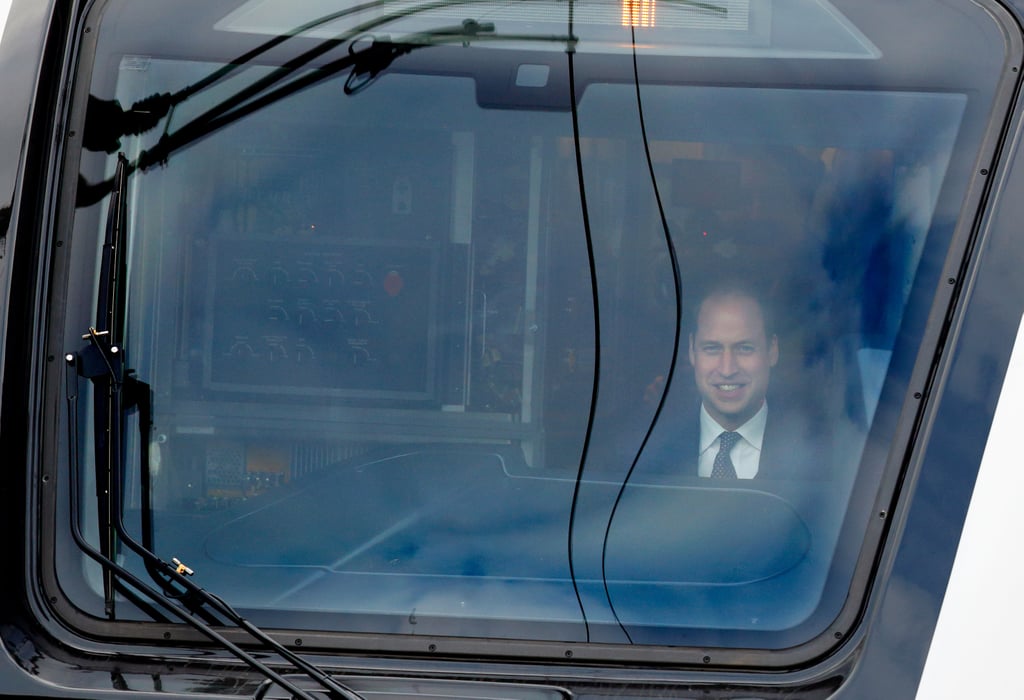 After attending a royal memorial service at Chester Cathedral with wife Kate Middleton, Prince William made his first official visit to Derby, England. In addition to stopping by the Padley Development Centre and making Christmas decorations from plastic cups with people with complex needs, the handsome royal looked like a giddy little kid when he test drove London's Crossrail train destined for the Elizabeth Line during a visit to Bombardier Transportation. Later, William suited up in a black tux and attended the Tusk Conservation Awards, where he delivered a short speech about saving Africa's wildlife. The charity aims to conserve wildlife, and William became Patron of Tusk back in December 2005.

Of course, William isn't the only royal with a busy agenda. His brother, Harry, is was nearing the end of his 14-day tour of the Caribbean, and earlier, he met Rihanna during his stop in the singer's native Barbados.