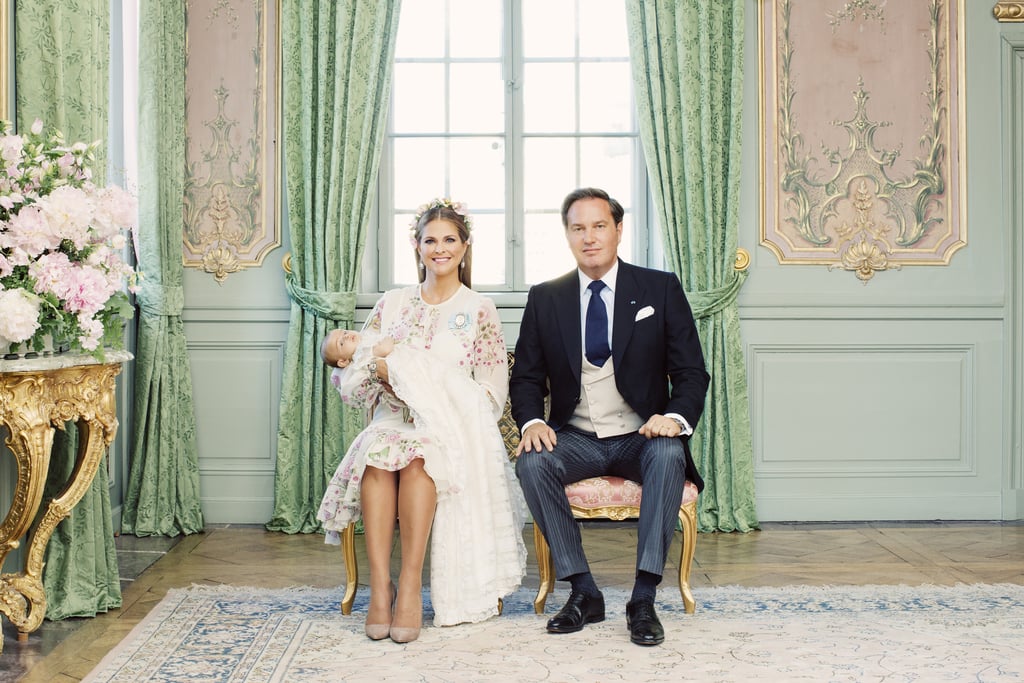 Princess Madeleine and Chris O'Neill of Sweden celebrated Princess Adrienne's royal christening in Stockholm last week, and now we have a glimpse of the official portraits. On Tuesday, the Royal Court released four photographs from the affair, which were snapped by photographer Erika Gerdemark at Drottningholm Slott Palace.

The pictures feature Adrienne with her proud parents, as well as Madeleine's parents, King Carl XIV and Queen Silvia, and Chris's mother, Eva Maria Walter. Adrienne's six godparents — Coralie Charriol Paul, Nader Panahpour, Natalie Werner, Anouska d'Abo, Gustav Thott, and Carlotte Kreuger Cederlund — also make a special appearance in one of the portraits. And as an added bonus, a solo photo of Madeleine was included in honor of her 36th birthday, which was on June 10.

Madeleine and Chris welcomed Adrienne into the world back in March. The little one joins the couple's other kids, Princess Leonore, 4, and Prince Nicolas, 2, however, they did not appear in any of the portraits. Hopefully Madeleine shares even more sweet family moments on her Instagram soon!