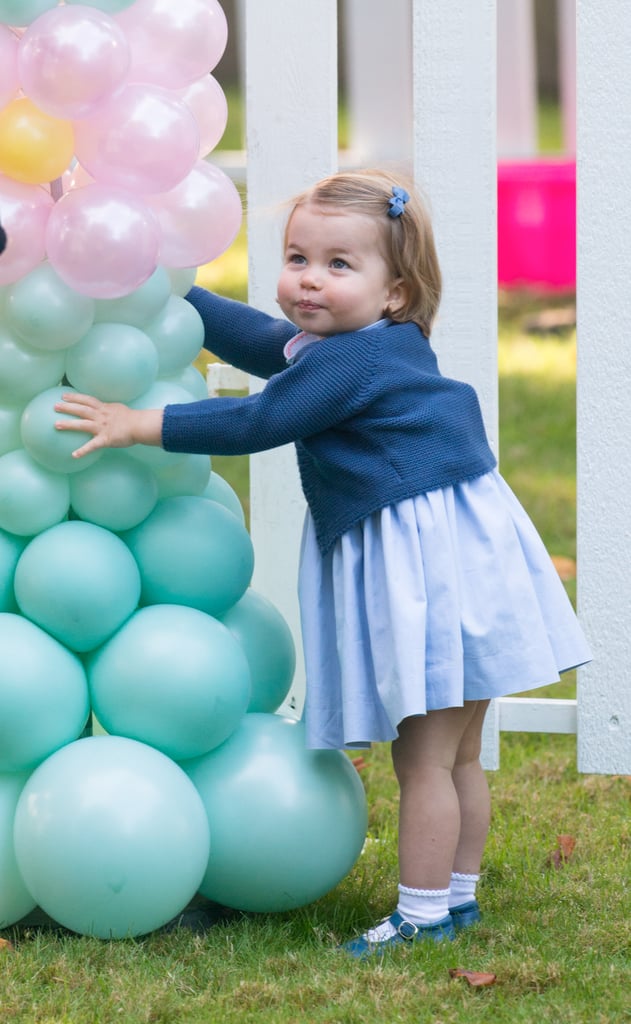 Prince William and Kate Middleton have been sharing some pretty precious moments with Prince George and Princess Charlotte during their eight-day tour of Canada. While the couple's trip marks their first visit to the country since Summer of 2011 (just a few months after their April wedding), it also marks their 1-year-old daughter's first royal tour — and let's just say, she's crushing it. Not only did she show off waving skills upon her arrival on Saturday, but she recently stole the spotlight during a party at the Government House in Victoria, British Columbia by saying her first public word. When it comes to being a princess, it looks like Charlotte is already a little pro.