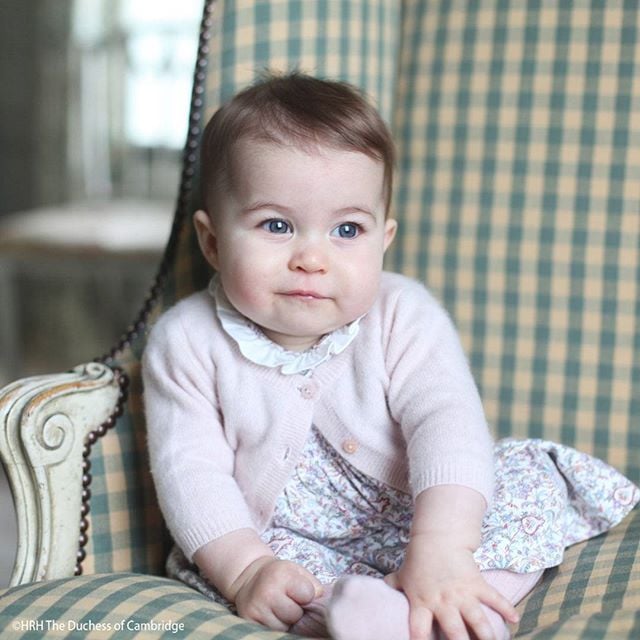 She's getting so big! Kate Middleton and Prince William released new photos of their daughter, Princess Charlotte, on Sunday, and she is even more adorable than we remember. In the snapshots, which were posted to Kensington Palace's Instagram account, Charlotte is seen laughing at a stuffed animal and showing off her big blue eyes for the camera. "The Duke and Duchess of Cambridge are delighted to be able to share two new photographs of Princess Charlotte," reads one caption. "They were taken by The Duchess in early November at their home in Norfolk."

This is the first time the world has seen Princess Charlotte, who was born on May 2, 2015, since her baptism in July. Keep reading to see more of the adorable little one, and then check out the best photos of the British royals in 2015.