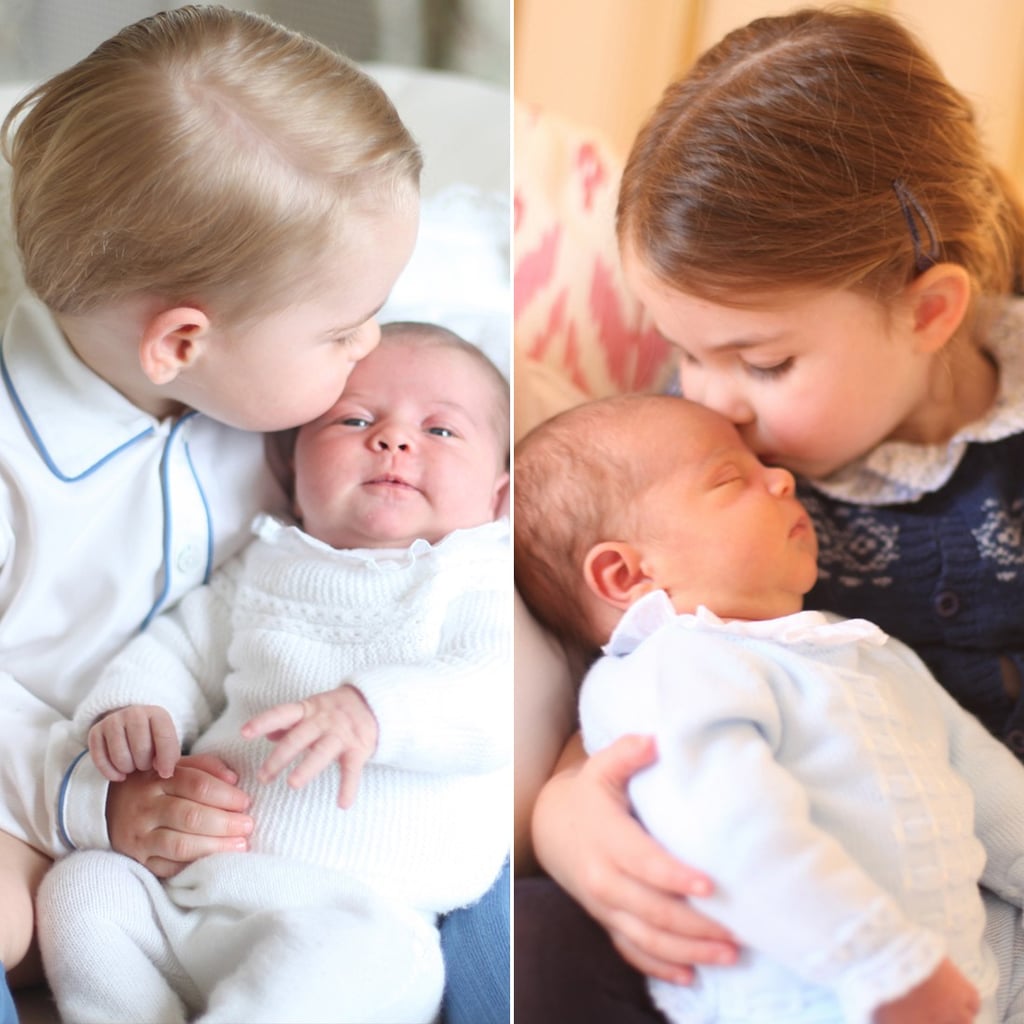 See Prince Louis and Princess Charlotte's Precious First Royal Portraits, Side by Side

Kate Middleton and Prince William officially became parents of three when they welcomed Prince Louis on April 23. Since his arrival, baby Louis has already made his first appearance and received a royal title, and over the weekend, William and Kate shared his first portraits. In one of the photos, Princess Charlotte is pictured giving her baby brother a kiss on the forehead, and we were immediately reminded of when Prince George planted a kiss on Charlotte's forehead for her portraits back in 2013.

To make matters even cuter, both photographs were taken by Kate in the family's homes. Charlotte's was shot in William and Kate's home in Anmer Hall in Norfolk, while Louis's was taken at Kensington Palace. Oh, and if Charlotte's navy cardigan looks familiar, that's because it's a hand-me-down from George. All of this cuteness is just too much!