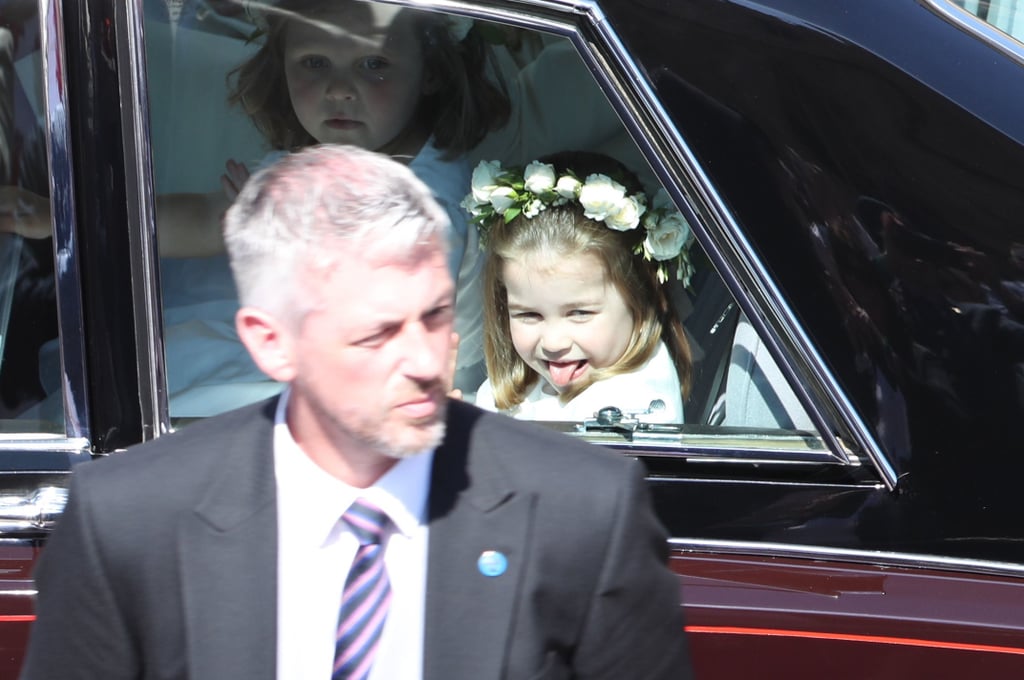 Princess Charlotte may be one of the cutest members of the royal family, but deep down, she's just like any other 3-year-old! That became very clear during the wedding of Prince Harry and Meghan Markle when she was caught sticking her tongue out at the crowds as she rode in a car to Windsor Castle. Charlotte, who was one of Meghan's 6 bridesmaids, is clearly a chip off the old block, as this is a stunt her uncle pulled a number of times when he was Charlotte's age. As legend has it, photographers used to stick their tongue out at a young Prince Harry to get a reaction, so perhaps they were doing the same to Charlotte? It's not the first time we've witnessed the cute bond between uncle and niece; Charlotte's also been known to wear Harry's hand-me-downs. You've got to love someone to wear their old shoes, right?! Take a look at both royals' naughty moments caught on camera ahead, and bask in their collective cuteness.