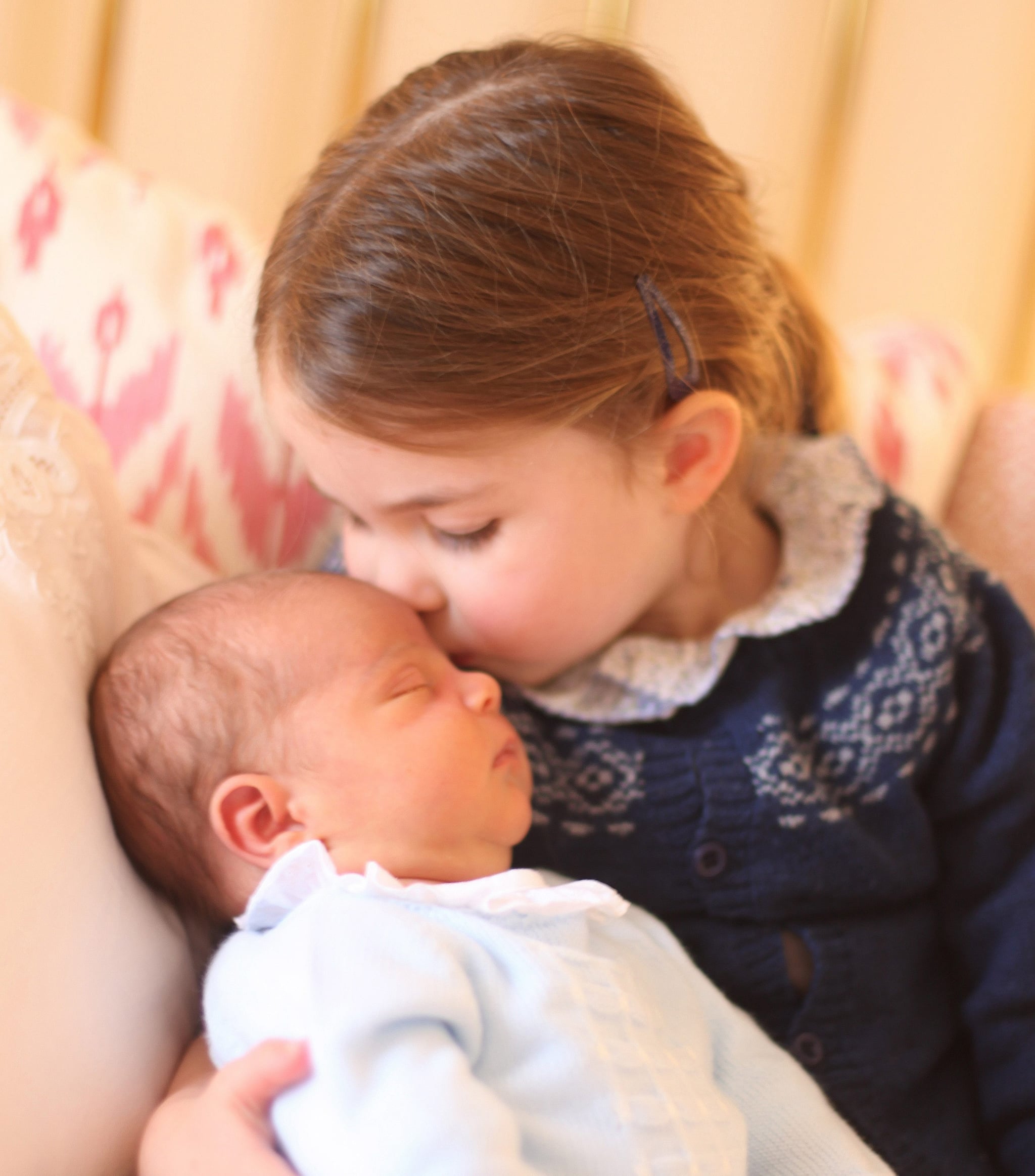 Even as royalty, Princess Charlotte knows what it's like to be a middle child . . . which includes wearing hand-me-downs. The newly released first portraits of Prince Louis feature a sweet kiss from older sister Charlotte, and if you look carefully, you may recognize her navy-blue sweater. People reported that her $52 patterned cardigan from children's clothing brand Fina Ejerique previously belonged to 4-year-old Prince George. The eldest child wore the sweater for the Queen's 90th birthday portrait back in 2016.

Charlotte has borrowed from George's closet before, when she wore a different blue cardigan during a royal tour of Canada. She's even inherited a pair of shoes from her Uncle Harry.

If Louis's new photos are any indicator, it looks like he'll be following the same tradition. In his solo portrait, Prince Louis also wears the same white outfit as Princess Charlotte did in hers. While he won't be attending Prince Harry and Meghan Markle's wedding in a few weeks, we're anxious to spot what his parents and siblings will wear (or rewear) on the big day.