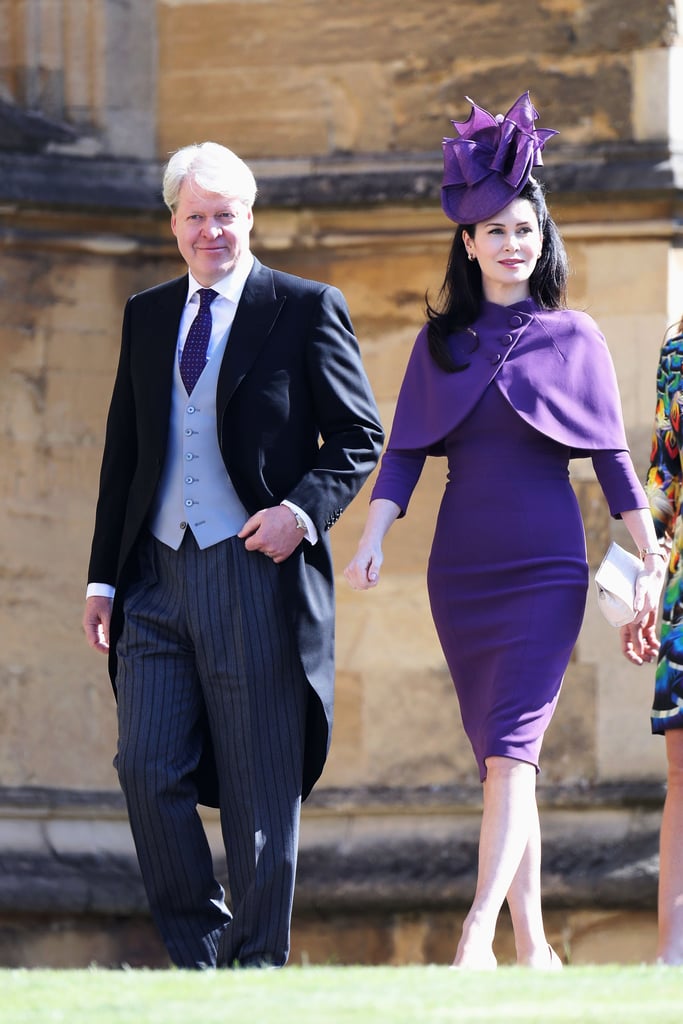 Prince Harry and Meghan Markle made sure to honor his late mom, Princess Diana, in a major way on their special day. Not only did Harry leave an empty seat open for Diana when he tied the knot with Meghan at St George's Chapel on May 19 in front of family and close friends, Princess Diana's family was also there. Diana's three siblings, Charles Spencer, and Lady Jane Fellowes, and Lady Sarah McCorquodale (not photographed) witnessed the happy couple exchange vows. Lady Jane also give a special reading during the ceremony.

Harry and Meghan also paid tribute to the Princess of Wales by using the Ascot Landau carriage for their procession. The Ascot Landau was also often used by Diana during her time in the royal family. Another fun fact? The couple's floral arrangements featured a special nod to Harry's mom with a mix of white garden roses, said to be Diana's favorite flowers. Keep reading to see how the members of Diana's family represented for their late sibling on Harry's big day.