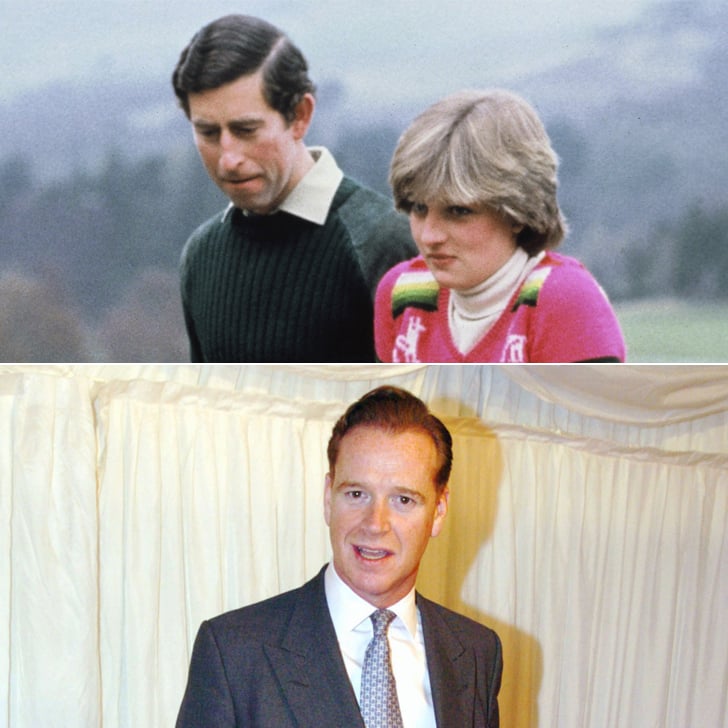 Princess Diana's tumultuous 11-year marriage to Prince Charles was plagued with scandals, including rumors of infidelity and paternity questions. While Charles's affair with Camilla Parker Bowles was hardly a secret, there was a fourth person involved in his and Diana's love square: James Hewitt. Diana carried on an affair with James behind Charles's back in the late '80s. He was initially hired to teach Diana, William, and Harry horseback riding, and in a 1995 tell-all interview, Diana confessed to their five-year relationship. Diana claimed to have loved him, but the couple ended up breaking things off when James was deployed to serve in the Gulf War.

Diana passed away in a tragic car accident in August 1997, and James caused another scandal when he tried to sell her love letters after her death. James made headlines again in 2011 when he admitted to contemplating suicide following their affair. At around the same time, rumors began swirling that James was Prince Harry's biological father (it's worth noting that James and Diana didn't even meet until 1986 — two years after Harry was born). While James has always denied the claims, he was recently asked point-blank about the rumor during an interview with Australia's Sunday Night, to which he replied, "No, I'm not. It sells papers . . . It's worse for [Harry] probably, poor chap." Diana and Charles separated in late 1992, but it wasn't until August 1996 that their divorce was finalized.