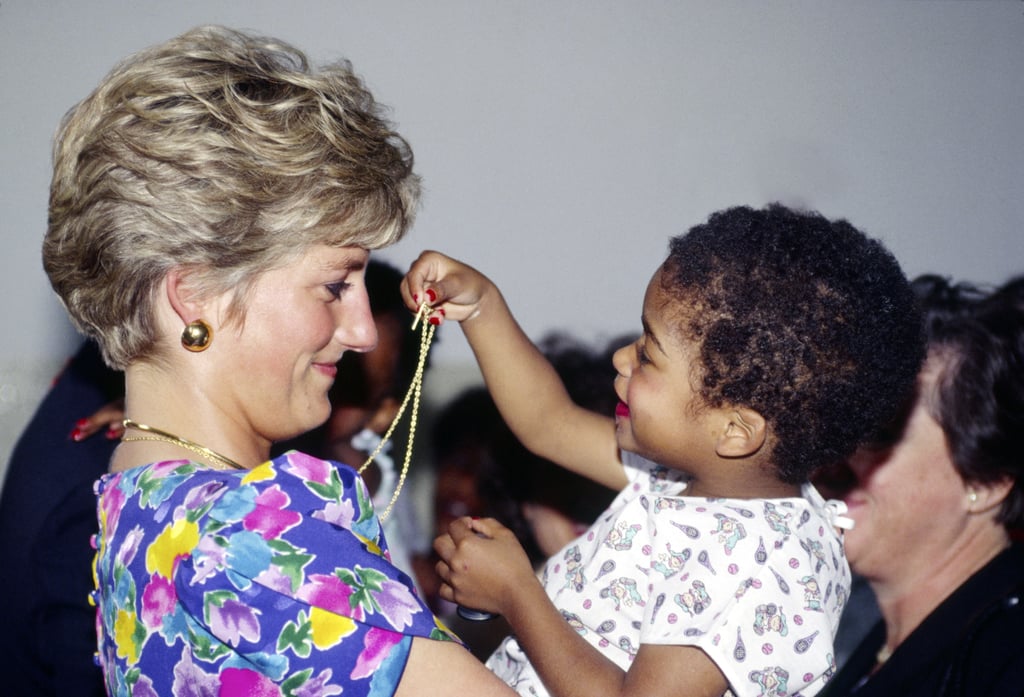 Princess Diana shared numerous sweet moments with her sons, Prince William and Prince Harry, before her death in August 1997, but she had just as many heartwarming encounters with kids during her royal appearances across the globe. As part of her extensive charity work, the royal, who was a kindergarten teacher before marrying Prince Charles, had no qualms cuddling up to young children as she visited hospitals, schools, and orphanages. She would even get down on their level as they offered her gifts or flowers, much like her daughter-in-law Kate Middleton does when she interacts with her smallest fans. Not only have William and Harry carried on Diana's legacy for helping others, but they also share her love for children.