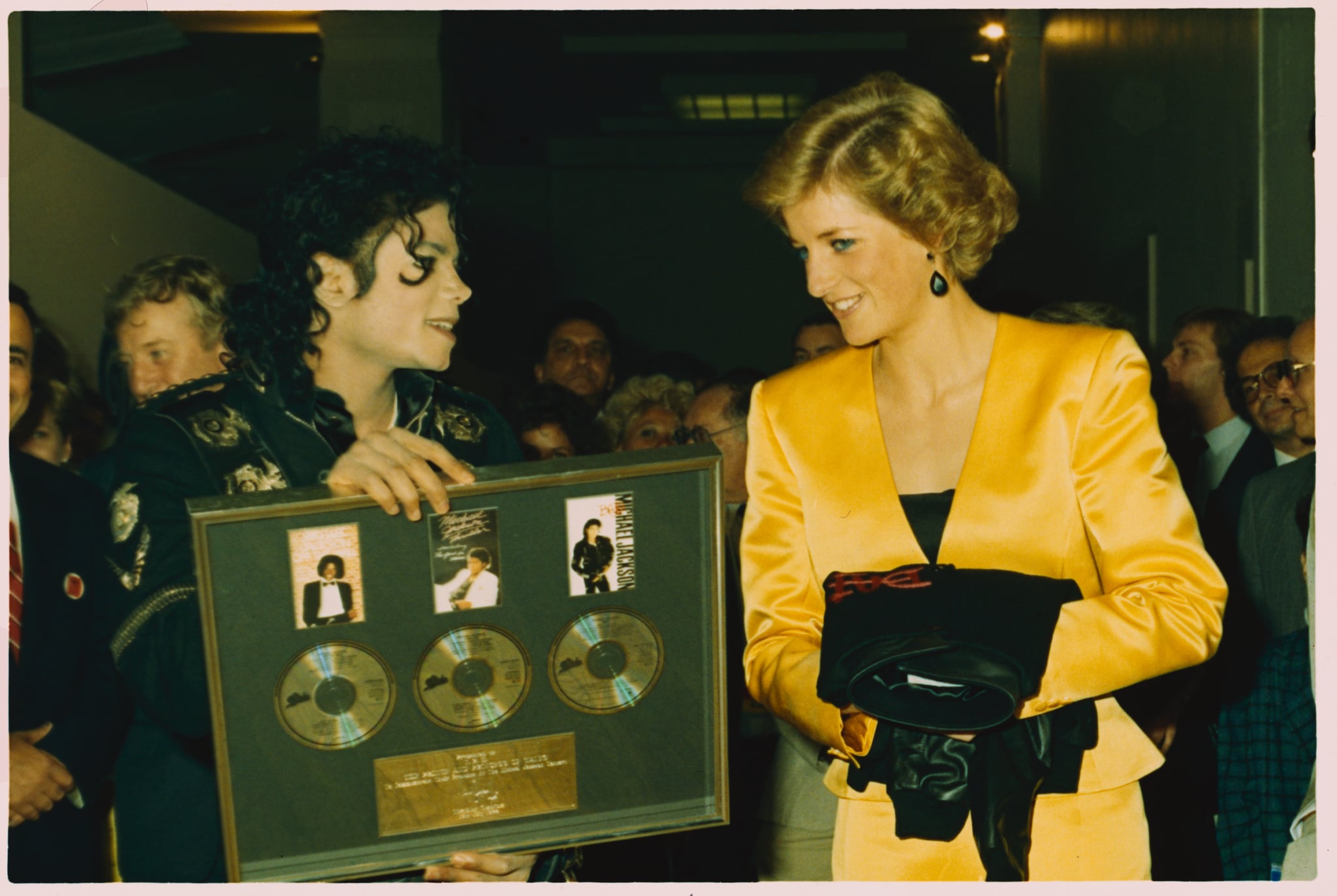 There are a ton of fascinating facts about Princess Diana's life, but some of my personal favorites are the one that prove just how normal and fun-loving she was. Prince Harry revealed that his mom would even encourage silly behavior in him, saying that one of her mottos was "You can be as naughty as you want; just don't get caught." And this story that I heard (while on my couch, drinking wine, in a rabbit hole of Diana videos on the internet) made me further realize that she was "The People's Princess" for a reason — despite her royal title, she was surprisingly relatable in her thoughts, actions, and interests.

Along with being a big admirer of the princess, I also happen to be a huge Michael Jackson fan, and the story of their first meeting put a huge smile on my face. In 1988, Diana and Prince Charles attended the London concert of Michael's Bad World Tour at Wembley Stadium. Before the show, the couple stopped backstage to meet the superstar and his staff. In an interview, Michael recalled that Diana called him away from the lineup to ask if he would be performing his 1987 hit "Dirty Diana." He replied, "No no, I took the song out of the show out of respect for you," — which makes sense, given that it's about a man-hungry groupie — but apparently, Diana had other ideas. "That's my favorite song!" she told Michael, to which he expressed his disbelief.

"At that point, I couldn't put it back into the show because it was too close to showtime," Michael said. Can we all just agree that the thought of Diana bopping in her seat to "Dirty Diana" is pretty incredible? As the conversation between the two went on, Charles became intrigued and walked up to them, asking, "What are you talking about?" Diana, being the rebel that she was, replied, "Oh, nothing!" and walked off.

The princess had an affinity for popular music, and counted artists like Freddie Mercury, Elton John, and George Michael as close friends. She and Michael forged a relationship as well, and the King of Pop admitted that she would often call him just to talk. They built a strong connection and bonded over their tumultuous upbringings, exploding fame, and experiences with the press (they were both massive tabloid fodder at the time). When Diana tragically passed away in August 1997, just days after Michael's birthday, he attended her funeral and went on to call her "one of the sweetest people I've ever known."