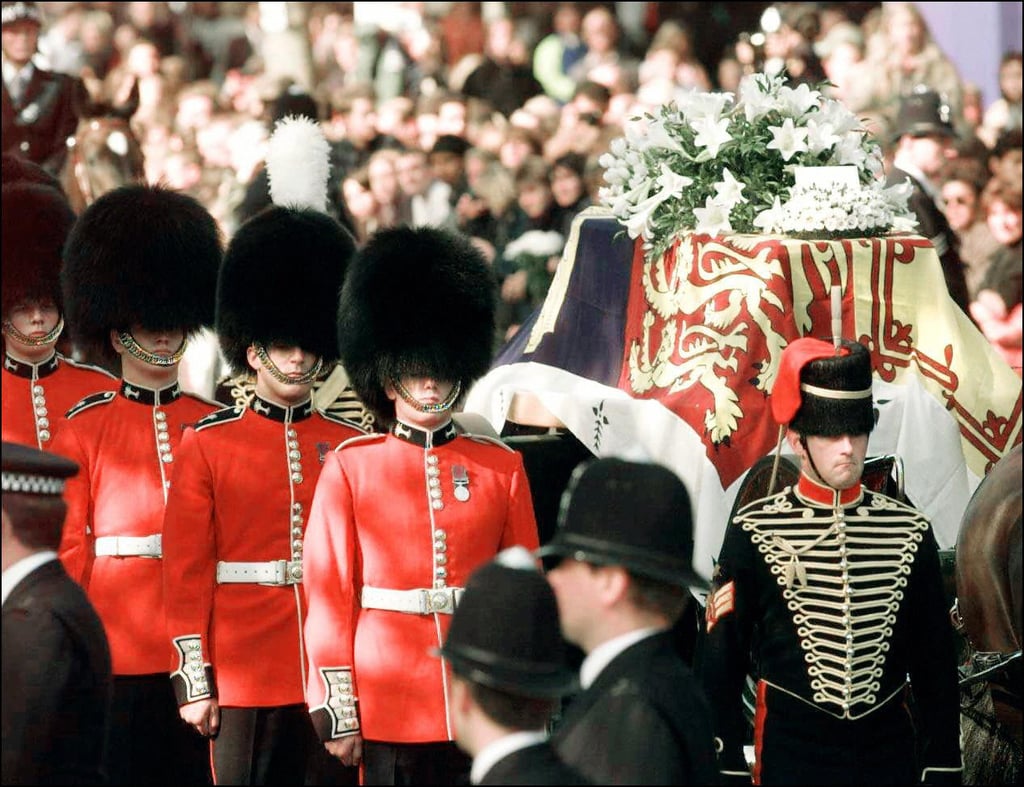 When Princess Diana was tragically killed in a car crash in August 1997, it seemed as though the world was mourning just as deeply as her own family. Diana, dubbed "The People's Princess," made an indelible mark on those in the UK as well as around the globe; her funeral, which was held on Sept. 6, was watched or listened to by an estimated 2.5 billion people worldwide — making it one of the most watched events in history. In London, a crowd of nearly one million people gathered to trace Diana's coffin from Kensington Palace to Westminster Abbey to her final resting place at the Spencer family's home in Althorp.

Diana's sons, Harry and William, followed their mother's coffin alongside their father, Prince Charles, and their uncle Charles, the Earl Spencer. The visibly moved onlookers blanketed the streets with heartfelt notes, bouquets, and teddy bears, and flower petals rained down from bystanders along the procession route. People also gathered in Hyde Park, where the ceremony was being aired on a giant screen, while celebrities like Tom Cruise, Nicole Kidman, Hillary Clinton, and Elton John attended the official ceremony inside Westminster Abbey. We're looking back on the outpouring of love from the public at Diana's funeral. Scroll through to see all the tearjerking photos.