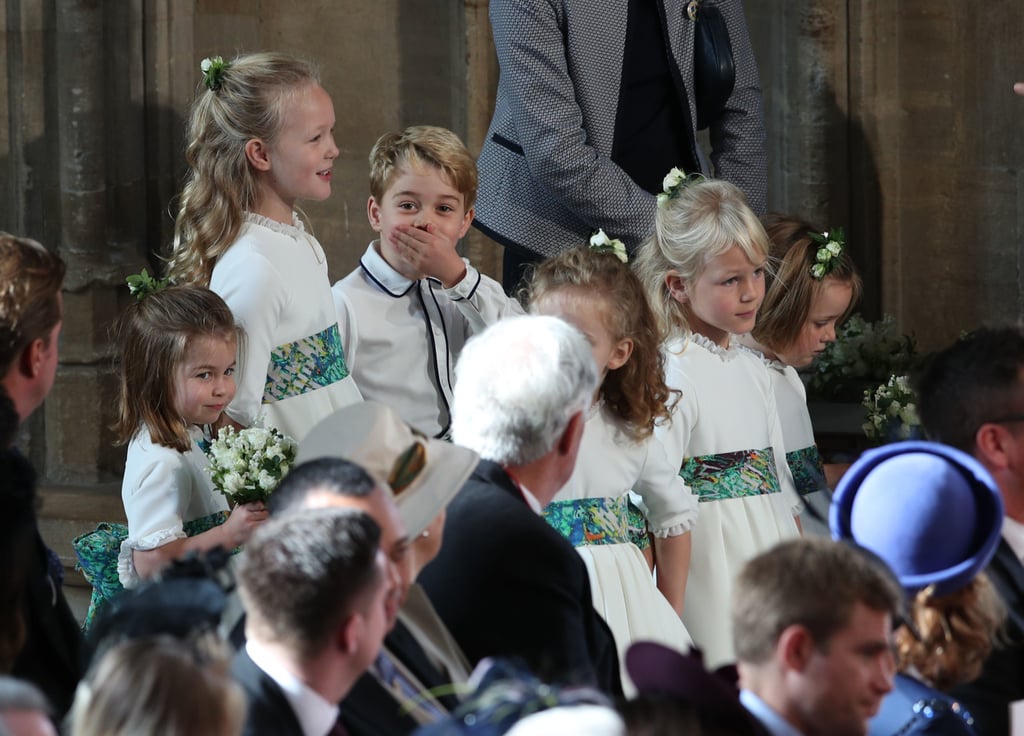 It's safe to say Prince George and Princess Charlotte know how to steal the limelight during a wedding, and the most recent royal wedding was no different. On Friday, Princess Eugenie and Jack Brooksbank made things official at St. George's Chapel in Windsor — the same chapel as the Duke and Duchess of Sussex — surrounded by all their family and friends and an adorable party of bridesmaids and pageboys. This wasn't George and Charlotte's first time playing these roles; the the two young royals had prior experience at Pippa Middleton's wedding in May 2017, and of course, Prince Harry and Meghan Markle's wedding in May this year.

Get a closer look at the cute crew ahead.