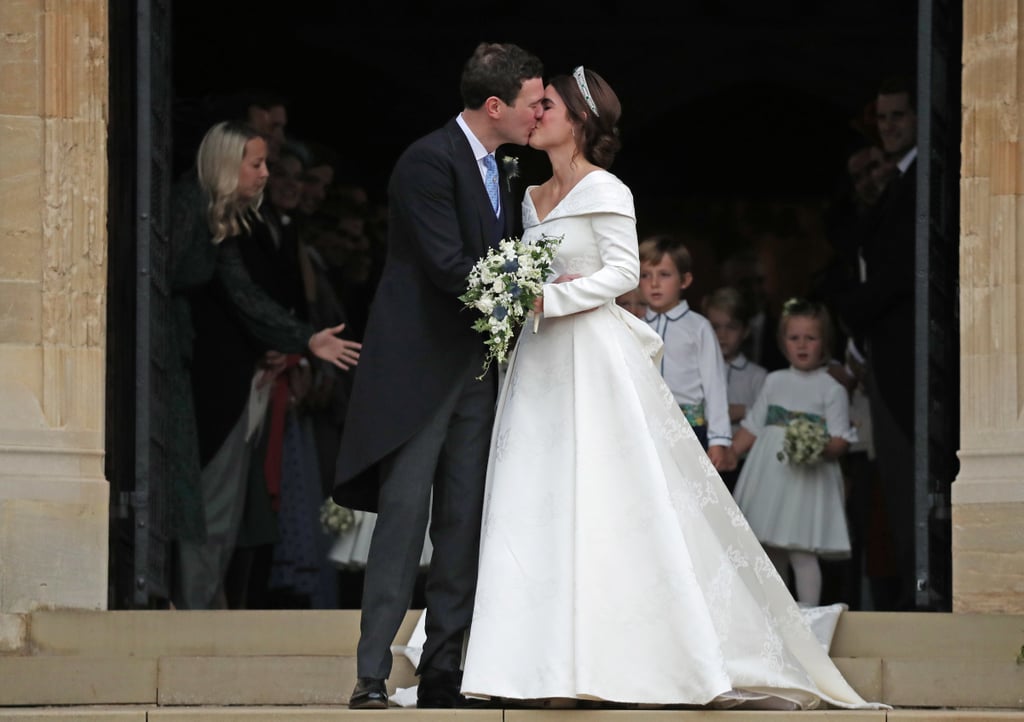 Princess Eugenie and Jack Brooksbank sealed their love with a kiss! Shortly after tying the knot at Windsor Castle's St. George's Chapel on Oct. 12, the couple showed off their newlywed glow as they stepped out on the steps for their first kiss as a married couple. Eugenie was a vision in a white gown by British designer Peter Pilotto, while her dashing husband wore a suit.

While the first kiss has become iconic within the royal family, the tradition hasn't been around that long. It first started with Prince Charles and Princess Diana's wedding in 1981 and has since been followed by Eugenie's parents, Prince Andrew and Sarah Ferguson, in July 1986 as well as Kate Middleton and Prince William in 2011 and Prince Harry and Meghan Markle earlier this year. See Eugenie and Jack's sweet smooch from all angles ahead!