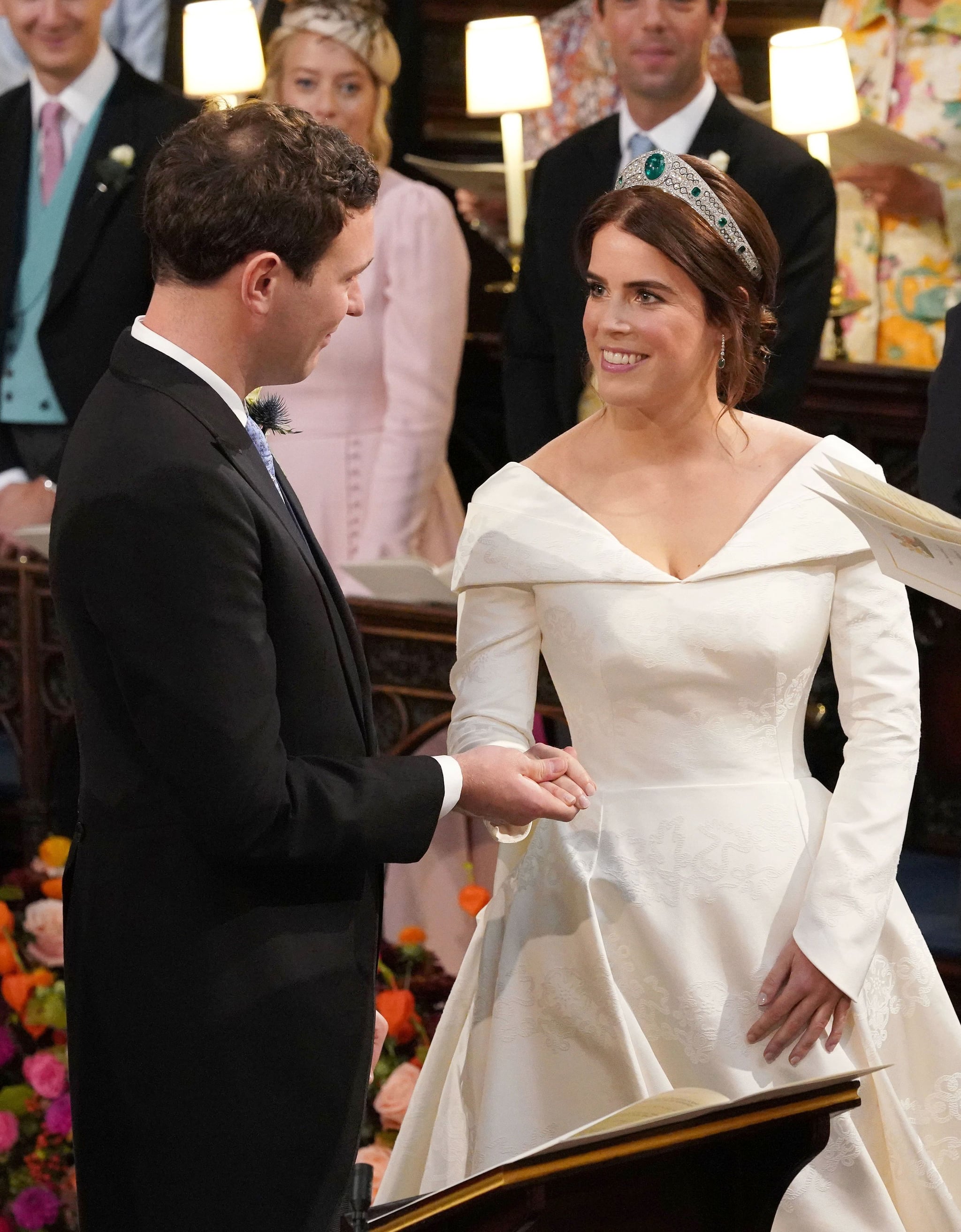 It's official: Princess Eugenie and Jack Brooksbank are married! The pair said "I do" at St. George's Chapel at Windsor Castle, just five months after Eugenie's cousin, Prince Harry, married Meghan Markle in the same setting. The couple were surrounded by family and friends for their big day. While Queen Elizabeth II looked on, Eugenie, dressed in a regal gown by Peter Pilotto, was accompanied down the aisle by her father, Prince Andrew. She was attended by her sister, Princess Beatrice, who acted as maid of honor, while Prince George and Princess Charlotte were among the pageboys and flower girls. Theodora "Teddy" Williams, the daughter of singer Robbie Williams and his wife Ada Field, was also a flower girl.

Eugenie and Jack first met on a skiing trip in Switzerland in 2010, when she was 20 and he was 24. They got engaged on a romantic vacation to Nicaragua in early 2018. Jack proposed with a stunning ring that features a pink padparadscha sapphire surrounded by diamonds. In their first TV interview following their engagement announcement, Eugenie explained that they fell in love due to having "the same passions and drive for life." Eugenie's family is said to have welcomed Jack with open arms. Sarah Ferguson said of him, "We love Jack and I am so excited to have a son, a brother, and a best friend." Prince Andrew calls him "an outstanding young man."

Jack is technically a commoner, just like Meghan Markle and Kate Middleton, though he does have some links to the aristocracy. He works in the hospitality industry, and previously managed the London nightclub Mahiki. He is currently a wine merchant, and also has a role as the UK ambassador for Casamigos Tequila.