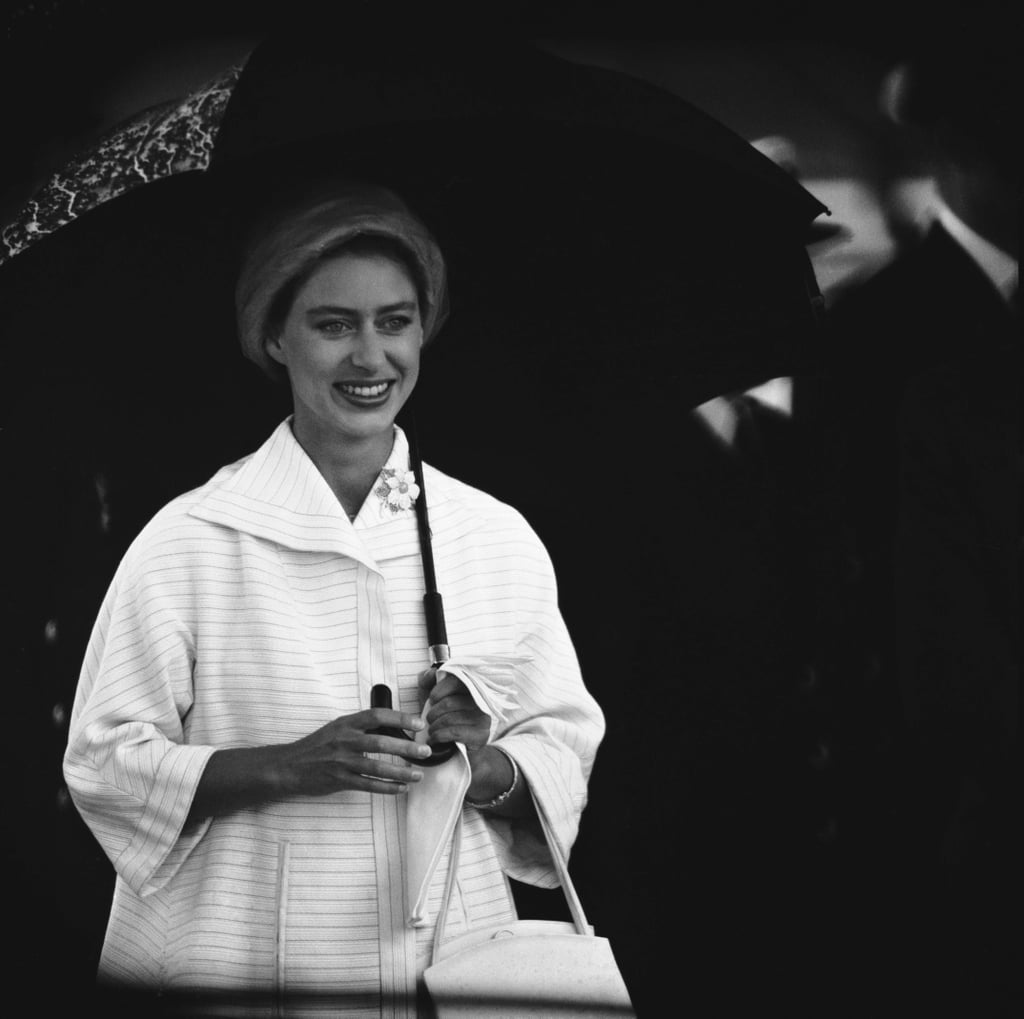 Did you know that the horoscope you read every day in a newspaper, magazine, or on your favorite website has a fascinating connection to Princess Margaret? Yes, the Princess Margaret — younger sister to Queen Elizabeth II, she of biting British wit, headline-making romances, and extravagant morning routines. As crazy as it may sound, Margaret is pretty much the sole reason that sun sign horoscopes exist. You're probably wondering how the hell this is possible, right? In his inventive new biography, Ninety-Nine Glimpses of Princess Margaret, journalist Craig Brown details how daily and weekly horoscope columns came to be, thanks to one astrologer and one newborn princess. And as a huge fan of both astrology and the British royal family, my mind was basically blown.

HRH Princess Margaret Rose was born on Aug. 21, 1930 to the then-Duke and Duchess of York, who just a few years later would ascend the throne and become King George VI and Queen Elizabeth, the Queen Mother. Margaret was fourth in the line of succession when she was born, and in the tradition of royal baby births, her introduction into the world was marked by gun salutes, official portraits, and of course, tons of press. In London, Sunday Express editor John Gordon, as author Craig Brown wrote, was "struggling to come up with a fresh angle on the news of another royal birth." He came up with the idea to ask Cheiro, a famous astrologer and palmist during that time, to make a prediction about what might unfold during the newborn princess's life. Gordon reached out to Cheiro — whose real name was William John Warner — but he was busy, and instead the assignment was taken on by Cheiro's assistant, a man named R.H. Naylor.

Naylor's article, titled "What the Stars Foretell For the New Princess," was printed in the Express the following Sunday, four days after Margaret was born. The idea was so new that the introduction included an explanation:

"Everybody is interested in the future. Can it be told by the stars? Readers of the Sunday Express will be able to judge for themselves after reading the following article, which tells you just what is expected to happen during the remainder of the month. Mr. Naylor has included in the article an extremely interesting horoscope — an observation of the heavens at the hour of a person's birth."

According to Ninety-Nine Glimpses, the piece predicted that Margaret would have "an eventful life" (OK, obviously) and that "events of tremendous importance to the royal family and the nation" would occur around the time Margaret turned seven. Naylor's prediction story was a huge success, and John Gordon ended up commissioning him to write more general forecasts to be printed over the next few months. One of Naylor's most notable prophecies was that "a British aircraft will be in danger between Oct. 8 and 15." While he didn't hit it on the nose, he was right: on Oct. 5, 1930, an R101 airship crashed in France, killing 48 people. This prediction sent Naylor's fame skyrocketing, and soon enough, Gordon offered R.H. Naylor a weekly column in the Sunday Express making predictions for all readers according to their birthdays. It was called "Your Stars."