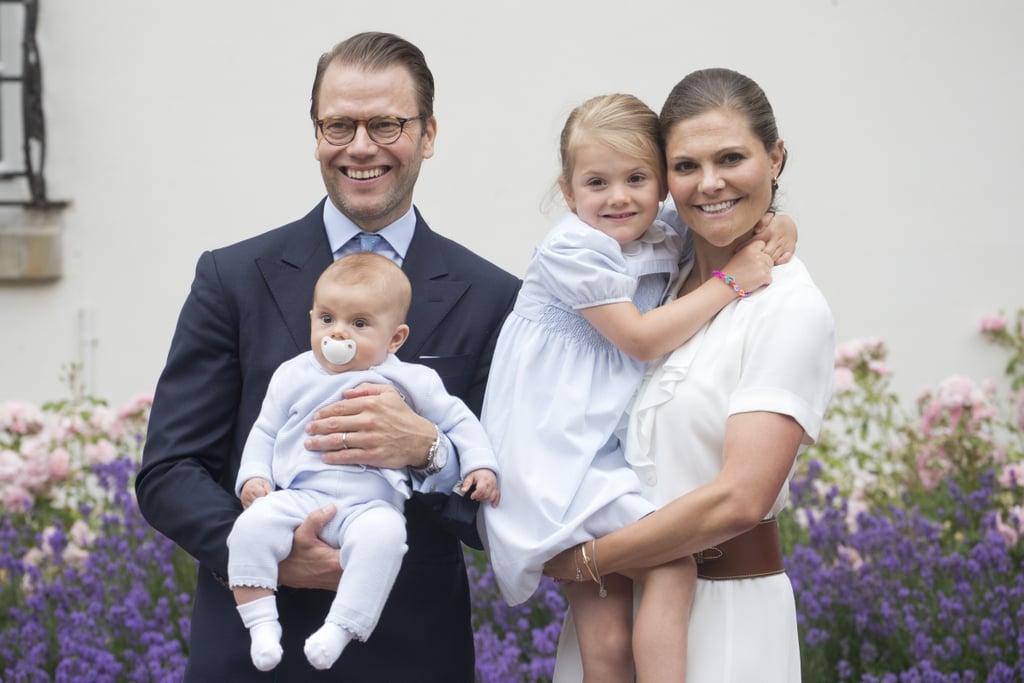 Princess Victoria couldn't contain her happiness when she celebrated her 39th birthday in Oland, Sweden, on Thursday with her supercute family. The Swedish royal looked overjoyed as she posed for pictures alongside her husband, Prince Daniel; their daughter, Princess Estelle; and their newborn son, Prince Oscar, outside of Solliden Palace. While Estelle looked adorable (and so grown up!) as she showered her mother with hugs and kisses, it was Oscar who truly stole the show with his sweet and hilarious facial expressions. Honestly, he might give Prince George a run for his money. Check out more pictures from the celebration here.