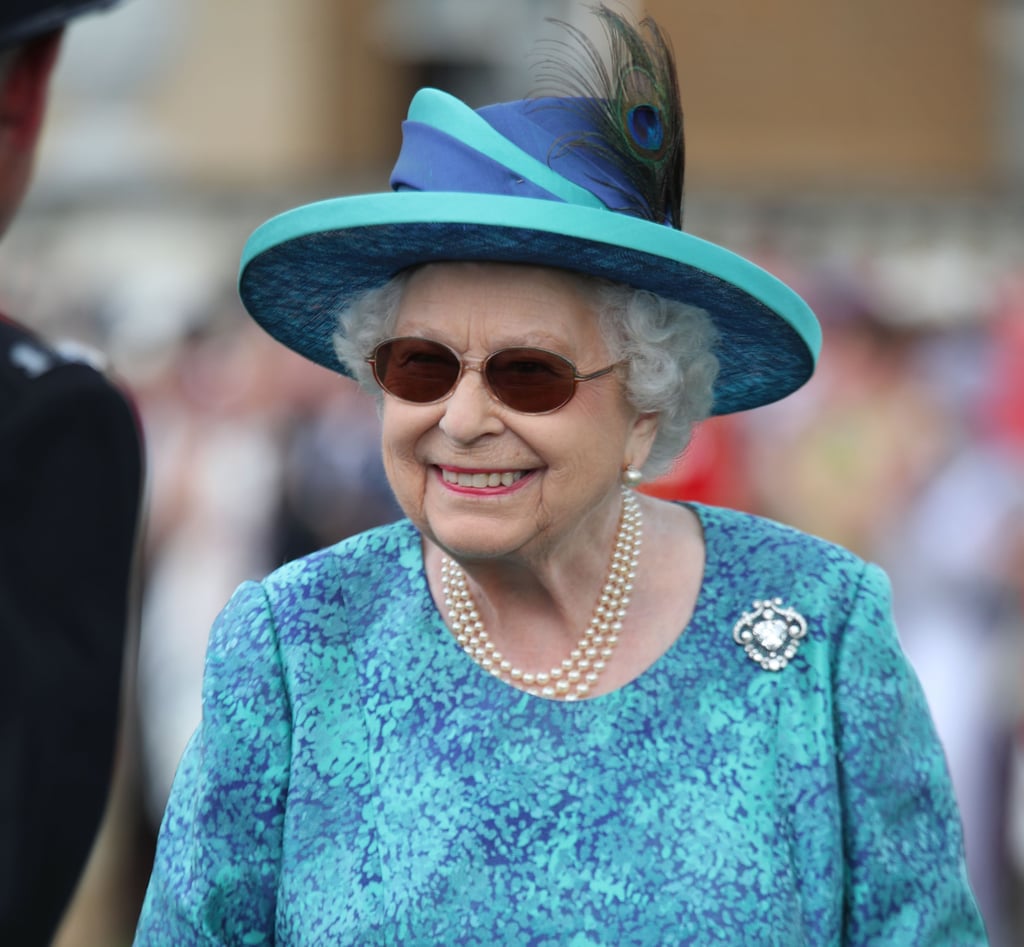 Queen Elizabeth II (along with Prince William and Princess Eugenie) hosted a garden party at Buckingham Palace on Thursday, and as ever, the 92-year-old monarch was prepared for all eventualities. Anyone who's been to the UK during the Summer months will know just how changeable the weather can be (and just how much Brits love to talk about it) so we weren't surprised to spot the queen decked out for whatever the skies had in store.

Firstly she was wearing sunglasses, which is quite rare at public appearances, but clearly necessary on such a sunny day. Perhaps her daughter Princess Anne had something to do with the decision? They added an informal touch to proceedings, and the queen definitely looked happy and relaxed as she greeted guests. However, even while shaking hands, she kept a tight hold on her umbrella, just in case! Royal warrant holders Fulton make custom clear umbrellas with bright trims to match all of the queen's trademark bright colored outfits, and given the fact the UK's been experiencing heavy storms over the last week or so, her majesty clearly wanted to be prepared for any sudden downpour. After all, rain would wreak havoc on those peacock feathers, darling!