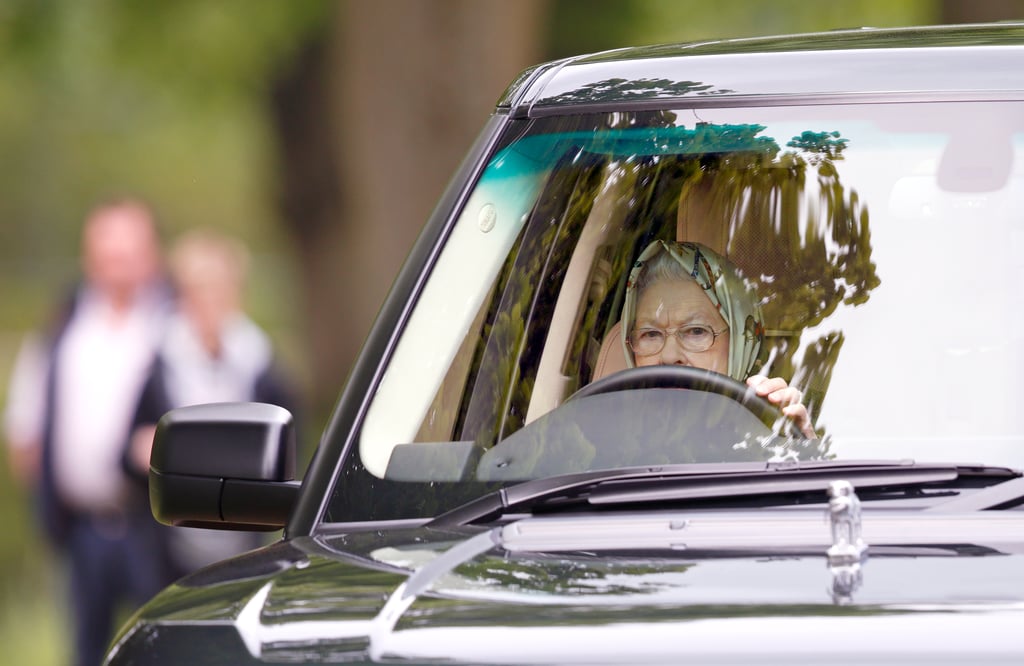 Queen Elizabeth II isn't your average 92-year-old monarch. Although she's passing on a lot of royal duties to her younger family members, there are a few things she refuses to give up, especially when it comes to her wheels. While attending the Royal Windsor Horse Show, she was seen putting the pedal to the metal herself, rather than using a chauffeur. While her husband, Prince Philip, might prefer a leisurely carriage ride, the queen is all about driving her custom-built Range Rover, which has a diesel hybrid engine to allow her to get close to the public without choking them with fumes. Regardless of how you feel about the royal family, it's hard to deny how cool she looks behind the wheel.