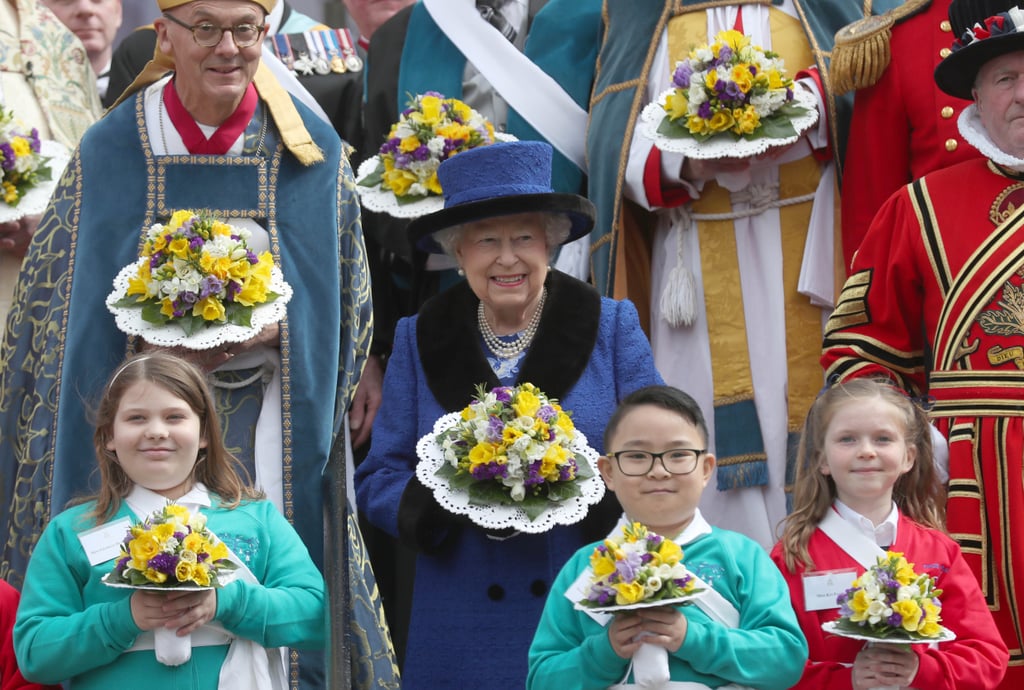 Queen Elizabeth II looked in good spirits as she attended the Maundy church service at St. George's Chapel on Thursday. The event, which falls on the Thursday before Easter, is a Christian holy day that commemorates Jesus's last supper with his disciples before his crucifixion. The queen fittingly dressed in royal blue as she distributed the traditional Maundy money to various recipients who were chosen in recognition of their service to the community.

While her husband, Prince Philip, was originally scheduled to attend, he backed out last minute after reportedly experiencing trouble with his hip. "The order of service was printed some weeks ago, when it was hoped the Duke would be able to take part," a Buckingham Palace spokesperson said in a statement. "HRH has since decided not to attend."

This marks the second event Philip has skipped out on this month. He was expected to attend an event at Windsor Castle with his son Prince Andrew last week but decided not to go. While Philip has only made a handful of public appearances since he retired last May, he is expected to attend his grandson Prince Harry's wedding to Meghan Markle at St. George's Chapel in May.