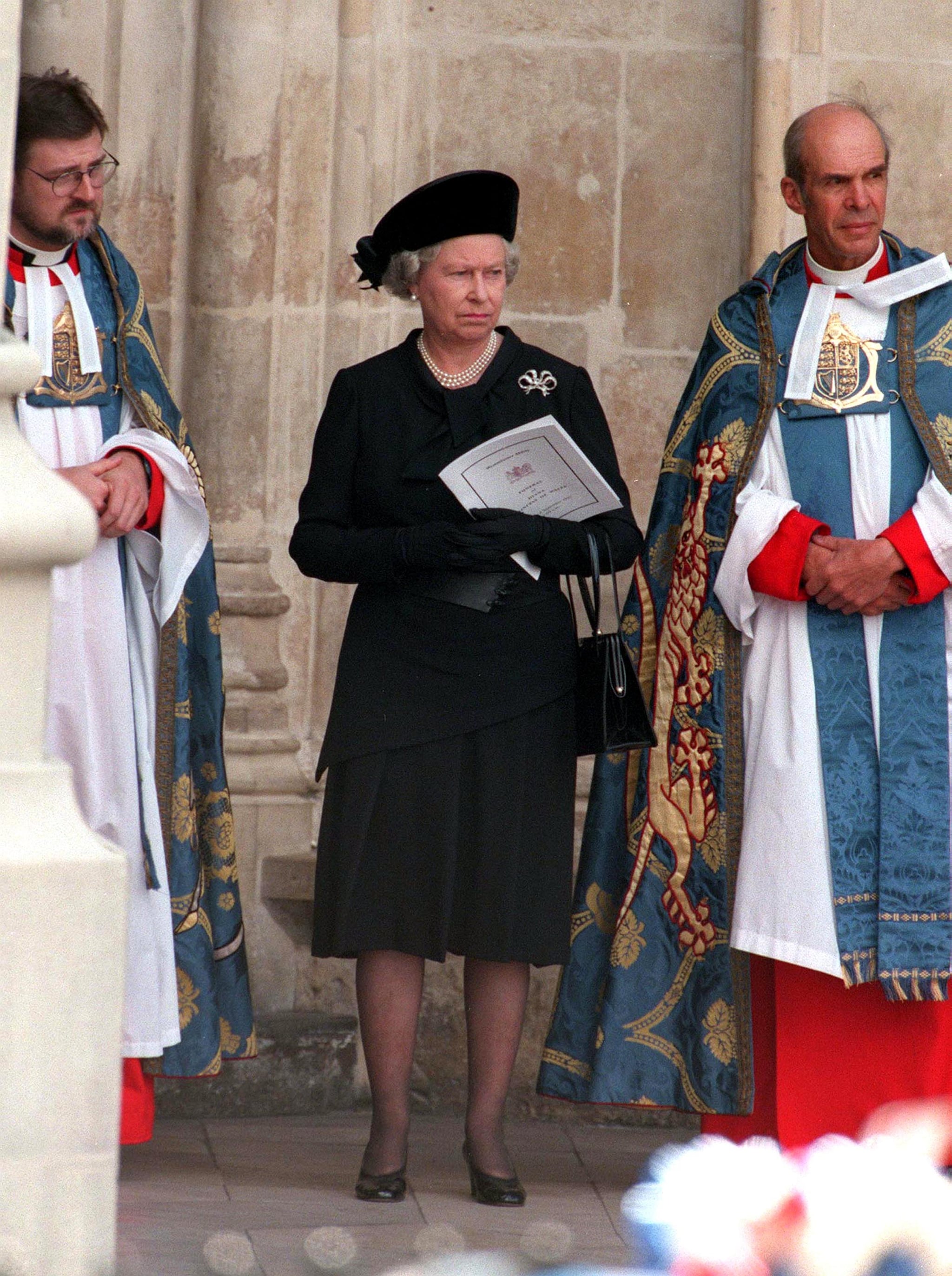 Princess Diana was honored with a public funeral on Sept. 6, 1997, seven days after her tragic death. The event brought in an estimated 2.5 billion viewers, while another three million crowded the streets of London to follow the route of Diana's coffin from Kensington Palace to her final resting place at the Spencer family home in Althorp. Diana's two sons, William and Harry, joined the funeral procession at St. James's Palace alongside their father, grandfather, and uncle Earl Spencer. The coffin, accompanied by eight Welsh Guards, passed Buckingham Palace, where members of the royal family waited outside. Queen Elizabeth II was one of them, and as Diana's coffin was carried past her, she made a very rare move: she bowed her head.

The queen's gesture is remarkable for a couple of reasons; first, while it is customary for others to bow (or curtsy) to her majesty, she is not technically required to bow or curtsy to others. She made a solemn, unexpected acknowledgment to her former daughter-in-law's casket that she rarely does for anyone else.

Second, there was a huge amount of drama within the royal family after Diana's death, including the fact that Queen Elizabeth II had insisted that Diana's ceremony be private — she faced "fierce resistance" from Prince Charles, and then-British Prime Minister Tony Blair also agreed that Diana should be laid out at St. James's Palace with a public funeral held at Westminster Abbey. Because the queen was so highly criticized for her silence and "business-as-usual" behavior in the wake of Diana's death, her bowing at the coffin attempted to send a message of compassion, honor, and genuine grief.