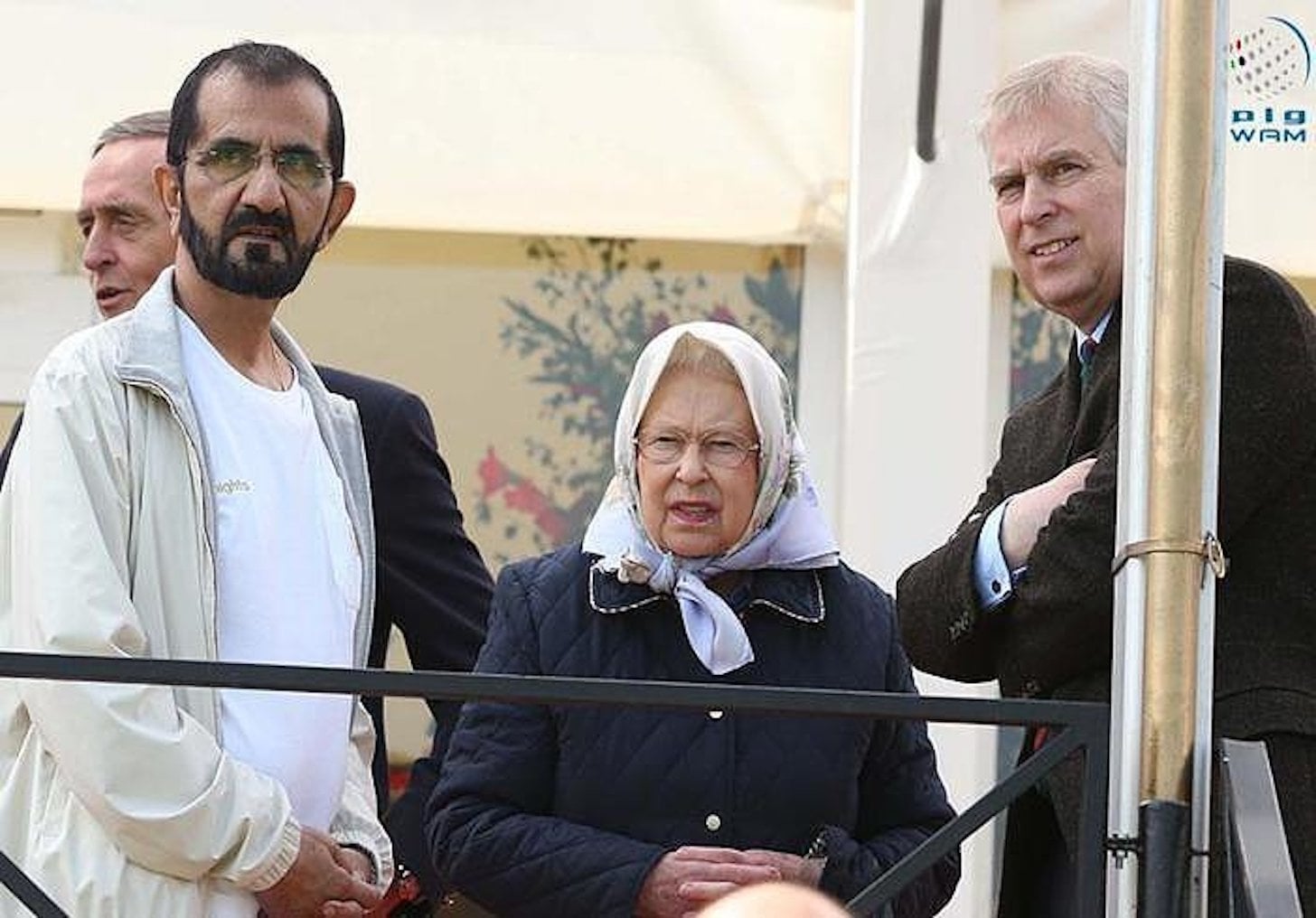 Lo and behold: The Queen Elizabeth II might be related the Prophet Mohammed, and it's got tongues wagging.

This was first claimed in 1986 by Burke's Peerage, a British authority on the genealogy of Royal peerage and pedigree. It resurfaced again after Moroccan newspaper, Al-Ousboue, also traced the queen's lineage back 43 generations.

According to Burke's, the Queen's bloodlines have Muslim blood in them, thanks to her lineage to the Earl of Cambridge, who in the 14th century could connect his own ancestry to the Prophet's daughter, Fatima.

The story goes like this: In medieval Muslim Spain, a princess by the name of Zaida, escaped a Berber attack on her town in Seville, and ended up in the Christian court of Alfonso VI of Castile, where she changed her name to Isabella, converted to Christianity, and had a few kids with Alfonso. Now this is where it gets a little confusing: Historians are not 100 percent sure if she is in fact the daughter of the Muslim King of Seville, King Al-Mu'tamid ibn Abbad or if she was previously married to someone in his family. There is also some confusion when it comes to which of her children eventually linked her to the royal family.

According to The Friday Times of Pakistan, Zaida was the widowed daughter-in-law of Al-Mu'tamid. After the king's son died aged 22, he sent her to live under the protection of King Alfonso, who eventually married her and had three kids. It's one of their daughters who eventually wed Roger II and became the first queen of Sicily.

What's clear is that one of Zaida's ancestors eventually married the Earl of Cambridge in the 11th century and that's where the connection between the Queen and the leader of Islam, comes in.

These claims have been verified by Ali Gomaa, the former Egyptian grand mufti (the highest official in Islamic Law). Burke's publishing director also wrote in 1986 that Muslim leaders everywhere are proud of the fact that the Queen has Muslim blood in her, according to The Economist.

And we would be chuffed, too. But for some, the irony of the Head of the Church of England having Muslim blood, is too much. The Twittersphere's response was pretty entertaining too.

This could explain why Muslims are given preferential treatment in UKhttps://t.co/ZGhG8HVSoN
HM Queen Elizabeth II is related to Mohammed via the King of Seville

👸🏻 Queen Elizabeth is a descendent of Mohammed?

Someone sent me a whatsapp message that Queen Elizabeth is claiming to be a direct descendant of Prophet Muhammad (PBUH). I said why not, it goes to show she's a Muslim as well as Islam's position as Allah's religion. Yet, they see a conspiracy, me I don't!

@BluehandUSA said: Queen Elizabeth is a descendant of Mohammed? Say it isn't so!" and @Vertissimo said: This could explain why Muslims are given preferential treatment in UK." While @agboolakamar says: Someone sent me a whatsapp message that Queen Elizabeth is claiming to be a direct descendant of Prophet Muhammad (PBUH). I said why not, it goes to show she's a Muslim as well as Islam's position as Allah's religion. Yet, they see a conspiracy, me I don't!"

Clearly, there are mixed reactions but it isn't so shocking to believe that if you search far enough, we're all connected somehow.