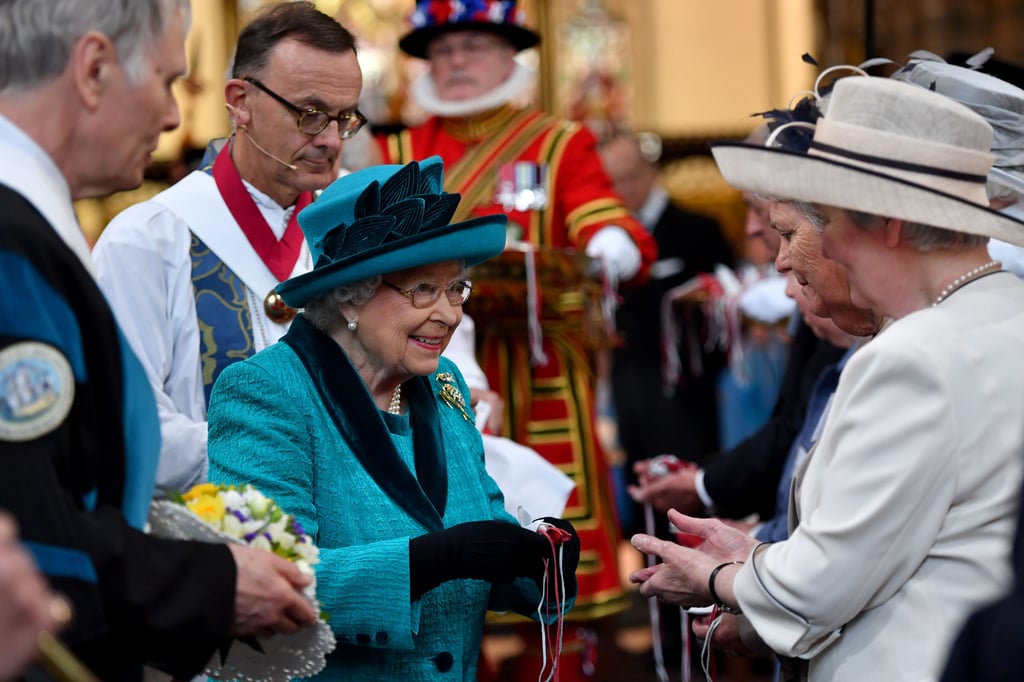 If you weren't one of the lucky 91 men or 91 women to receive a bag of money from Queen Elizabeth II, you might be wondering why. Well, the tradition of distributing "Maundy money" dates all the way back to the 13th century, which is celebrated every year on the Thursday before Easter Sunday. The queen hands out two small leather purses to recipients, and the gifts inside reflect how many years the queen has lived (she turned 91 on April 21, 2017). The first purse, which is red, contains a £5 coin to commemorate the Centenary of the House of Windsor and a 50p coin in honor of Sir Isaac Newton. The second purse is white, and is filled with Maundy coins, the amount of which add up to the queen's age.

Each recipient of special Maundy money from The Queen today will be given two leather purses, one red and one white #RoyalMaundy pic.twitter.com/d5lqTD6SGo

According to the Royal Mint, "It seems to have been the custom as early as the thirteenth century for members of the royal family to take part in Maundy ceremonies, to distribute money and gifts, and to recall Christ's simple act of humility by washing the feet of the poor." The 182 people who received the bags from Queen Elizabeth II were all recommended by clergy members, and retired pensioners. This year's event drew thousands of citizens to Leicester Cathedral who were eager to catch a glimpse of the Queen, who arrived in a bright turquoise suit and matching hat. After the service inside, she and Prince Philip posed with Yeoman of the Guard and later greeted attending veterans.