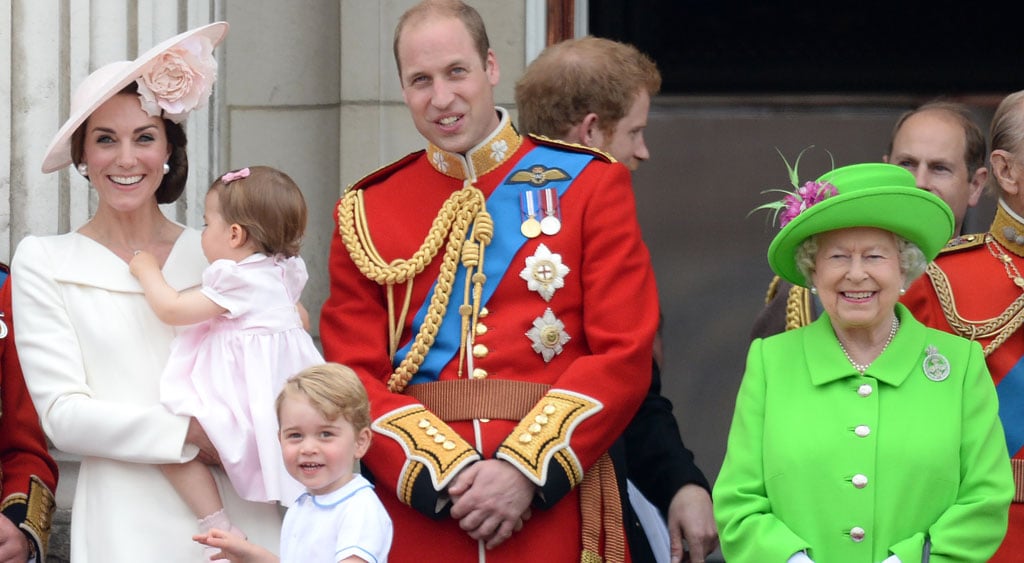 The royal family is usually on their very best behavior whenever they step out in public, but during the Trooping of the Colour ceremony, Prince William let his manners slip away from him for just one second. While sitting on the balcony of Buckingham Palace and goofing around with his son, Prince George, Queen Elizabeth II hilariously tells him to "stand up," causing him to quickly rise to his feet and apologize. Kate Middleton didn't seem to notice the funny moment, and was instead tending to Princess Charlotte, who was seen trying to cover her ears during her big balcony debut. Watch the queen assert her boss title in the GIF below, then check out the best photos of the royals from 2016 — so far!

Come for the queen scolding William, stay for the George facepalm. pic.twitter.com/etvmofiU5m