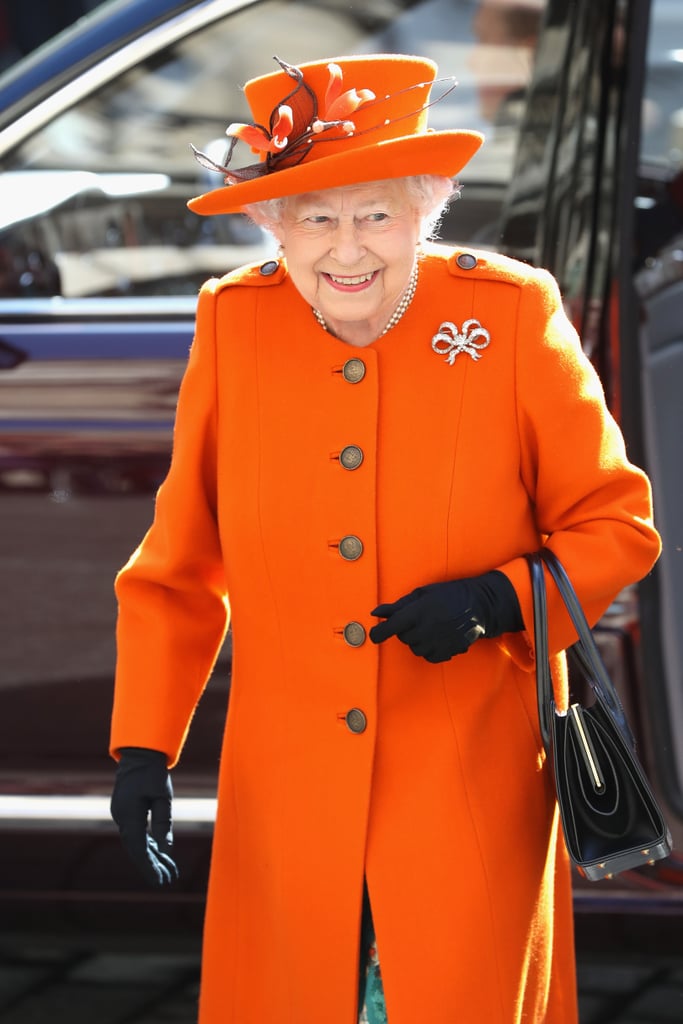 Queen Elizabeth is famous for wearing bright colors on her public engagements, and she has a very good reason for doing so. Sporting bold hues means that she's easily spotted in a crowd, and that was definitely the case on Tuesday morning when the British monarch made a trip to London's Royal Academy of Arts sporting a particularly eye-catching bright orange outfit. She was there to mark the completion of redevelopment works at the historic building, which celebrates its 250th anniversary this year.

While there, the queen got to rub shoulders with her predecessors; the academy is currently hosting an exhibition dedicated to another British royal who was a known patron of the arts, Charles I. As she perused the works, we were treated to some of her majesty's famous facial expressions. Perhaps her taste in art is a little different to those who came before her?