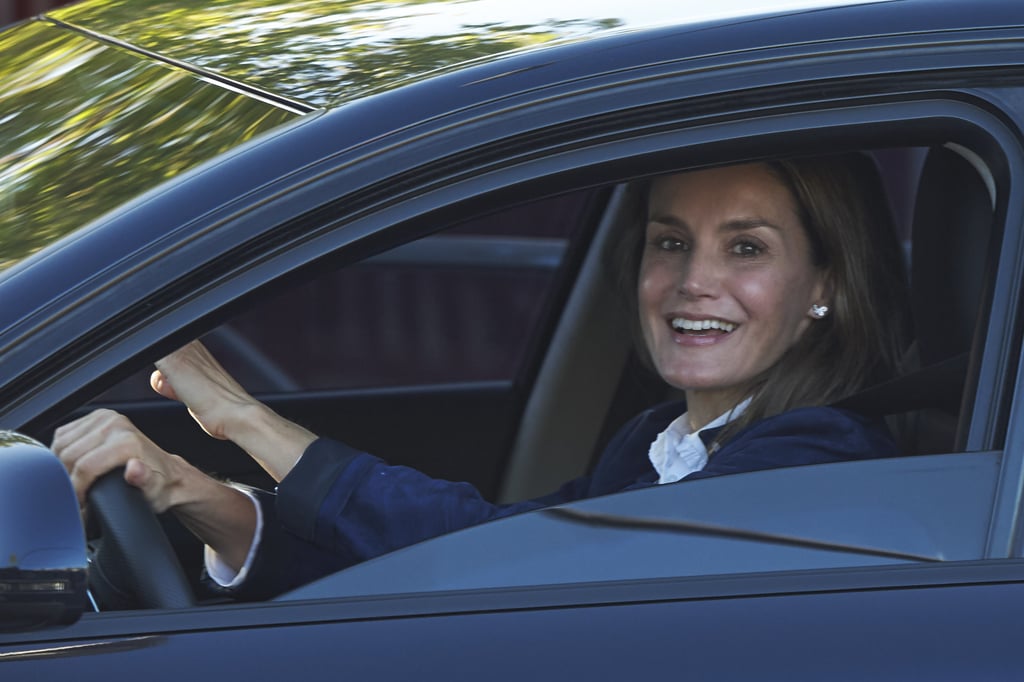 Queen Letizia put on her mommy hat (hmm, crown?) now that back-to-school season is in full swing. The Spanish queen took a break from being one of the chicest royals to drive her oldest daughter, Princess Leonor, to her first day of sixth grade at the Santa María de los Rosales school in Madrid. The princess, and future queen of Spain, attends the same school her father did as a child, but unlike last year, King Felipe VI didn't accompany them on the drive, leaving Letizia to handle drop-off like a champ. The Queen of Spain smiled for photographers while driving and even stepped out of the car to talk to other parents at school.