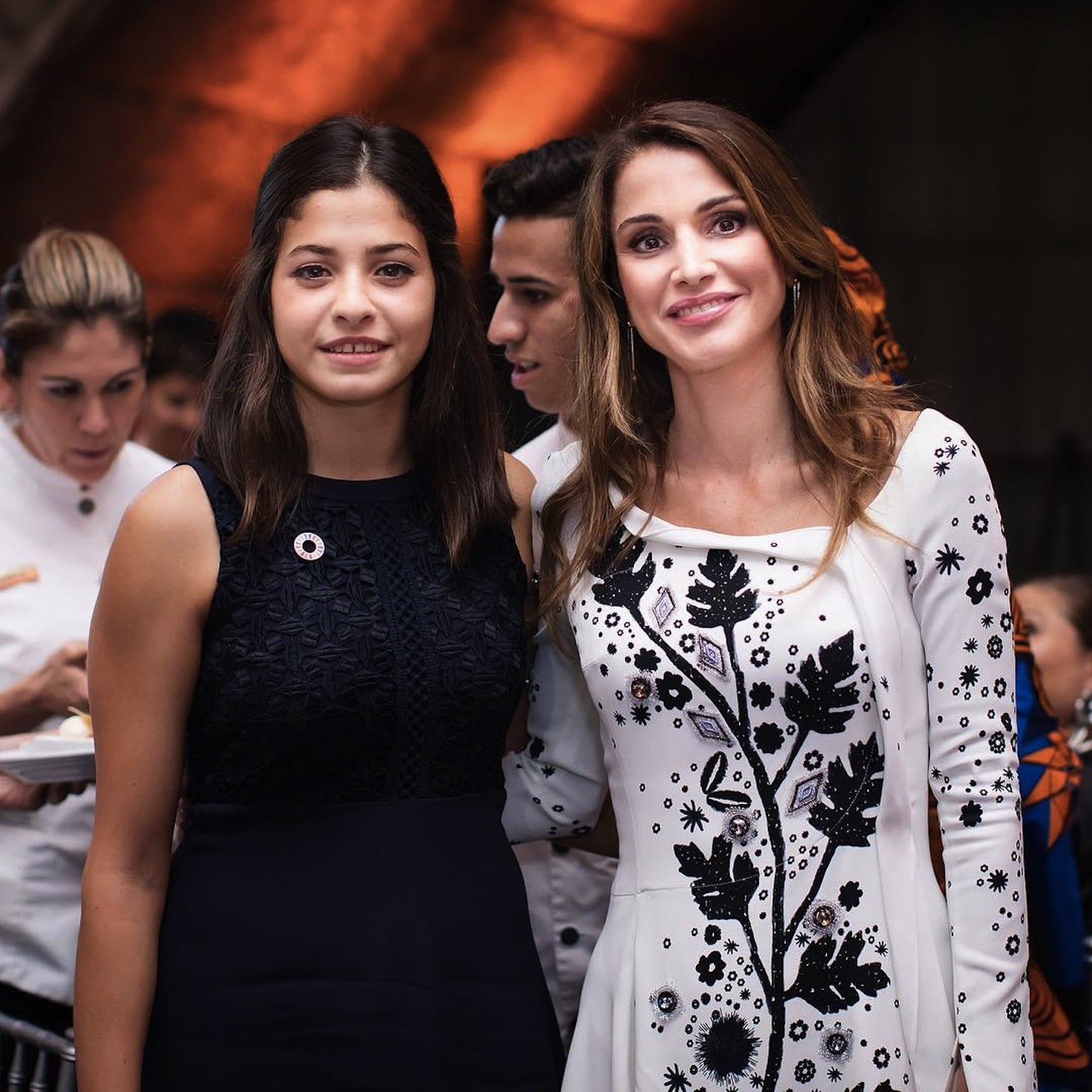 We've followed her for some of her most charitable moments so it's no wonder Queen Rania is being praised for her effect on many people around the globe. The Queen of Jordan was named in People magazine's Top 25 Women Changing the World, especially being praised for her country taking in 1.4million refugees from the civil war.

Someone who would know all too well about that is Yusra Mardini, the refugee swimmer who competed in the Rio Olympics this summer. The 18-year-old made her way from Syria to Germany last year, saving lives in the process. Thanks to a nomination from Queen Rania, Yusra shares seventh place on the list with Middle Eastern Royal, which means she's also in the company of Oprah Winfrey, Michelle Obama and Salma Hayek.

Yusra and Queen Rania has plenty of compliments for each other.

"A lot of women in the Arabic world don't have the courage to share their stories, and don't have a voice," Yusra told People about Queen Rania. "She is the opposite of that, showing that women can be successful. She is an inspiration — keep going!"

Meanwhile Queen Rania admitted she could go on and on about the teenager.

"There aren't enough adjectives to do Yusra justice. Courageous: to set out on the journey. Selfless: to dive into the sea and save others. Positive: to never lose hope. Her indomitable spirit is an example for us all," she said. "And when we all lift each other up, that's when we win gold for humanity."