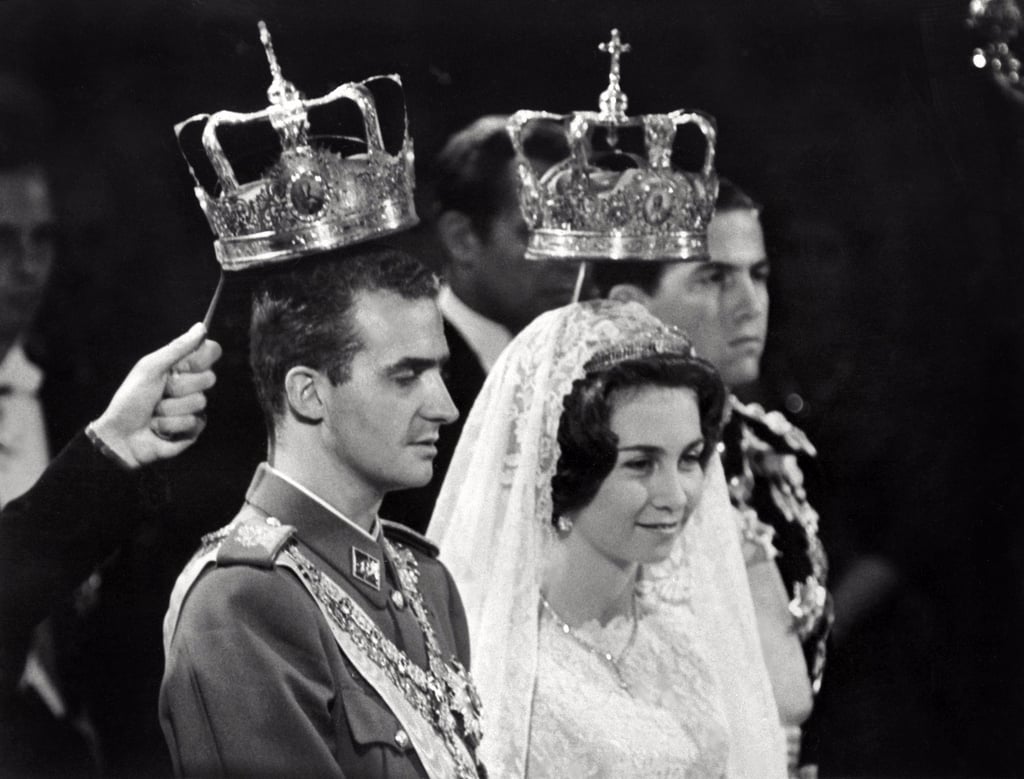 Queen Sofía and her husband, King Juan Carlos I, ruled over Spain for 39 years, which is why it might shock you to find out their marriage didn't actually start in the country. The royal couple married in Athens on May 14, 1962, but there's a good reason why the nuptials didn't take place at the cathedral in Madrid like the wedding of the current king, their son Felipe VI.

The now Queen Consort was then known as Princess Sophia Margarita Victoria Federica of Greece, the oldest daughter of King Paul and Queen Frederica. She met Prince Juan Carlos on a cruise through the Greek Islands in 1954, reconnecting with him at a wedding just a year before they married. The third cousins (they are both descendants of Queen Victoria of England) might have wanted their wedding to take place in Spain, but in 1962, Juan Carlos and his family were officially in exile in Rome since the monarchy was dissolved in 1931 during a period of military rule and political instability.

The couple instead married in Athens in three ceremonies: a Catholic one at the Cathedral of Saint Dionysius the Areopagite, a Greek Orthodox one at the Metropolitan Cathedral of the Annunciation, and a civil union at the Royal Palace in Athens. Sophia, who wed in a stunning lace dress by Jean Dessès, officially gave up her right to the Greek throne by becoming Roman Catholic and adopting the Spanish spelling of her name. The couple soon was allowed to return to Madrid and settled at the Zarzuela Palace before Juan Carlos officially became Prince of Spain in 1969 and king after the death of military dictator Francisco Franco in 1975.