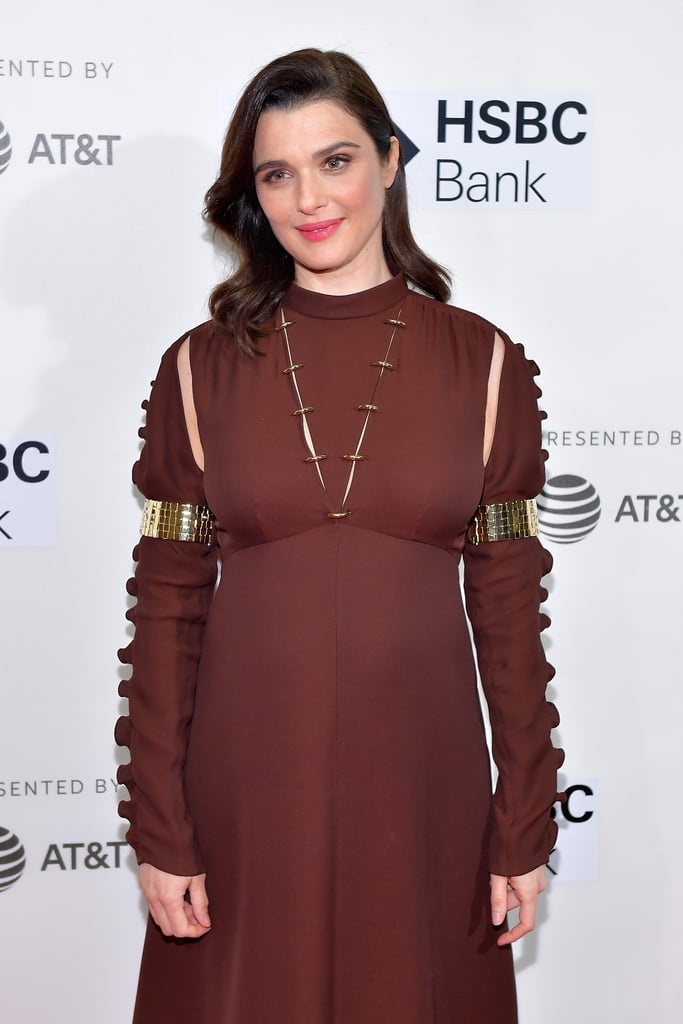 Rachel Weisz Shows Off Her Growing Belly After Announcing Her Pregnancy

Rachel Weisz stepped out on Tuesday for the premiere of her new film Disobedience alongside co-star and new mom Rachel McAdams. The actress recently announced that she and husband Daniel Craig are expecting their first child together saying "I'll be showing soon" to The New York Times — and soon may have arrived.

In the emotional film, the two play childhood friends turned lovers, keeping their passionate affair quiet in their Orthodox Jewish community. Read on to see all the pictures before Disobedience hits theaters on April 27.