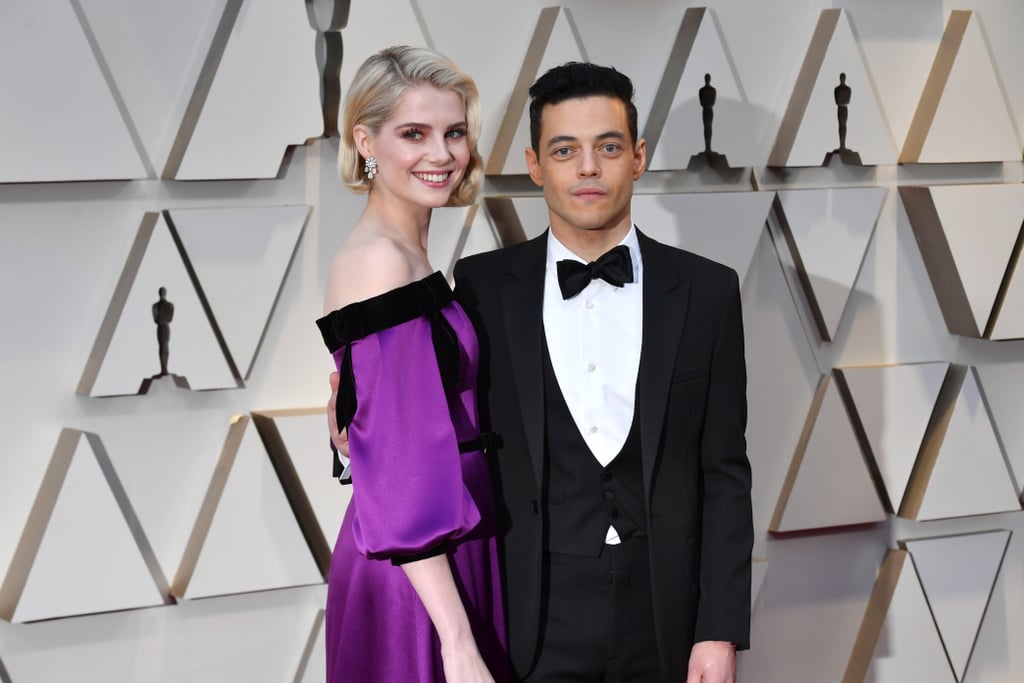 Rami Malek and Lucy Boynton have been dating for a little over a year now after playing love interests in Bohemian Rhapsody. Aside from their cute award season appearances, the couple is usually pretty private when it comes to their romance. However, the 38-year-old actor recently gave us an inside look at their relationship while doing an interview for GQ's September issue. During the interview, Rami proved what a thoughtful boyfriend he is as he stopped to purchase a gift for his other half at Gwyneth Paltrow's Goop store in NYC.

Even though they weren't celebrating anything special, Rami picked up a container of Schmidt's Jasmine Tea deodorant. "Actually, she wants deodorant. Does it have aluminum in it?" he asked. "She'll be so chuffed." He also picked up a gold chain with a crescent-shaped pendant and asked if he should get a card before requesting that the salesperson place the deodorant in a jewelry box and put the necklace in a shopping bag as a joke. "Good. This will be funny. She'll think I'm being goofy," he said.

The 25-year-old actress also briefly opened up to The Cut recently about what it was like meeting Rami for the first time at Abbey Road Studios in London before they started shooting together. "Rami felt so much the leader of that set," she explained. "The cast became so close going through that, as you always do when going through a particularly stressful experience, to put it politely." Rami and Lucy have been together since April 2018, but it wasn't until this past January that they finally confirmed their romance at the Palm Springs International Film Festival.