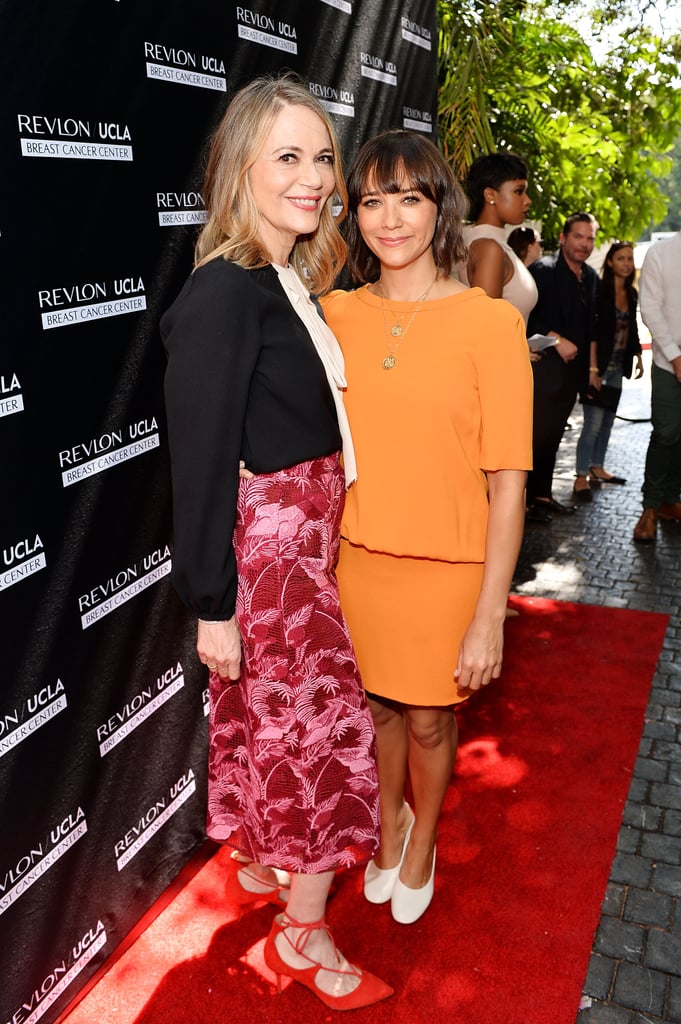 Rashida Jones made the most of the sunny Southern California weather while attending Revlon's annual philanthropic luncheon in LA on Tuesday. The Angie Tribeca star was joined by her mom, Peggy Lipton, for the event, which was held in support of the Revlon women's health mission and also brought out Halle Berry, Jennifer Hudson, and Melanie Griffith. Peggy, who is best known for her role as Julie Barnes in the '60s crime drama The Mod Squad, is the mother of Rashida and her sister Kidada from a previous marriage to music producer Quincy Jones. Just last week, Rashida spent an equally memorable day with her dad as they visited the newly opened Smithsonian National Museum of African American History and Culture in Washington DC; she shared photos from the exhibit, including a section dedicated to the legalization of interracial marriage, writing, "Thank you Richard Loving and Mildred Jeter for fighting for your love to be legal and subsequently, for my parents and many others to live and love in dignity."