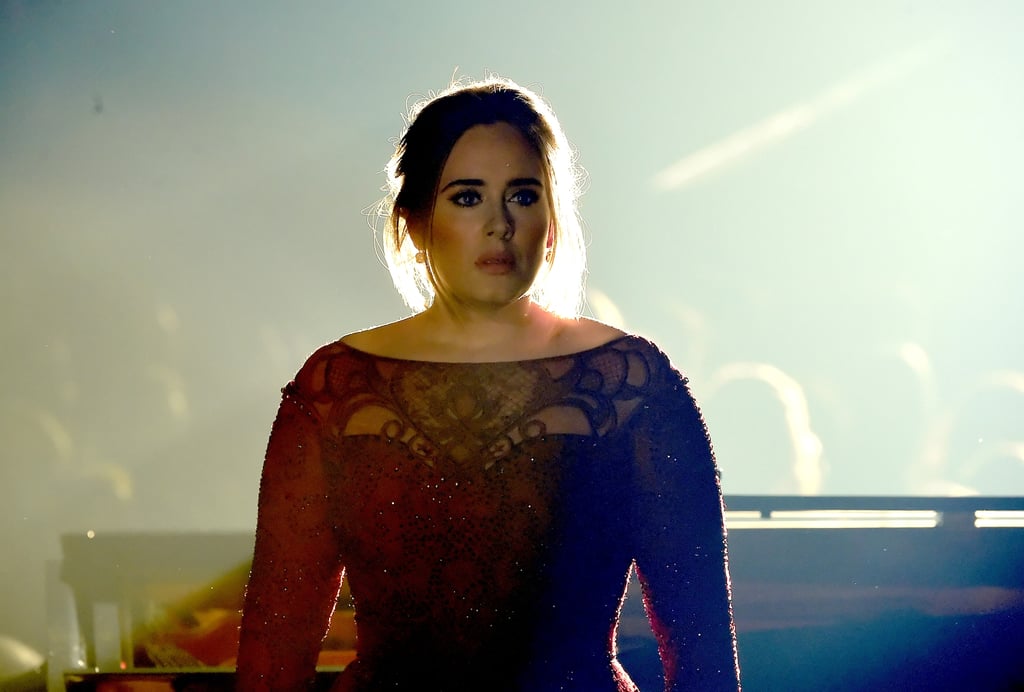 19 Very Real Reactions to Adele's Performance at the Grammys

If you were watching Adele's performance at Monday night's Grammys in LA, you may have noticed a few things. The pop star performed a rendition of one of her lesser-known songs, "All I Ask," and it didn't quite go off without a hitch. Not only did her microphone literally crap out mere seconds into the performance, but there was also some very distracting guitar and piano sounds coming from behind her. Of course, Adele really tried hard to push through. It was a pretty major part of Adele's night at the show, and as such, Twitter was ablaze with reactions to the struggle. Keep reading to see how everyone was feeling.