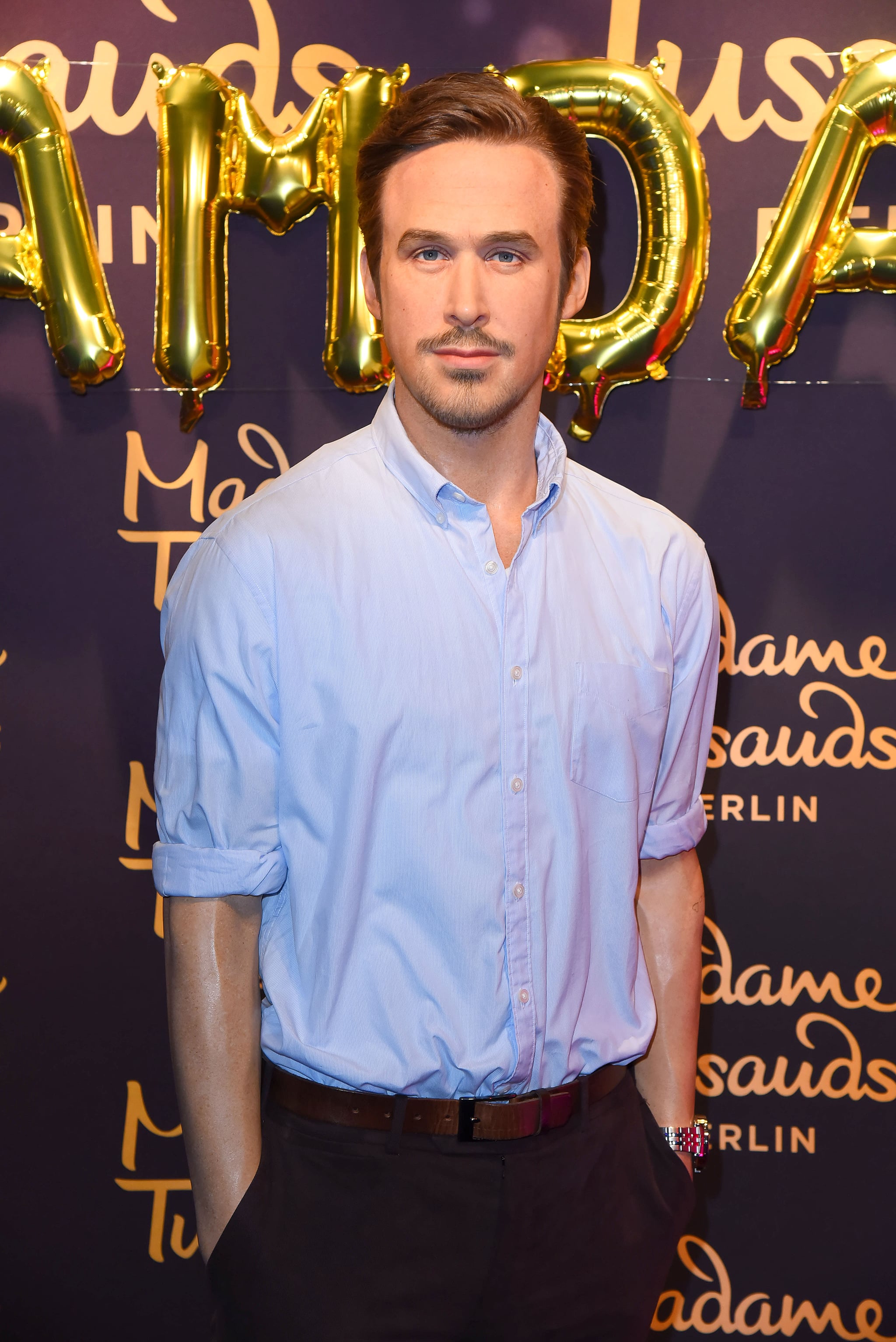 You'd be hard pressed to find anyone who says Ryan Gosling lacks sex appeal (if you disagree, look at these and get back to us). Unfortunately it seems like someone at Madame Tussauds is determined to spread the alternative fact that the Golden Globe winner is not one of Hollywood's hottest men by turning him into an extremely creepy wax figure. Sure, we can all tell it's modeled after Ryan, but something about it is just . . . off. The too-pointy mustache? The oiled-up forearms? The eyes that are way too close together? Whatever it is, people on Twitter have plenty of opinions about it. From claiming that the wax figure is pure nightmare fuel to comparing it to a hotter version of David Spade, check out their most hilarious reactions below:

ryan gosling's new wax figure looks a bit like if joe dirt cleaned himself up pic.twitter.com/j0IXNlmT9l

Me after finding out that #RyanGosling is trending, only to see his creepy wax figure. *can't unsee it* #HeyGirl pic.twitter.com/5hr5EZYPnE

I can't unsee that Ryan Gosling wax figure. It's burned into my retinas

I'm going to have nightmares about that Ryan Gosling wax figure.

If I were Ryan Gosling I'd be pissed. Wax figure looks awful