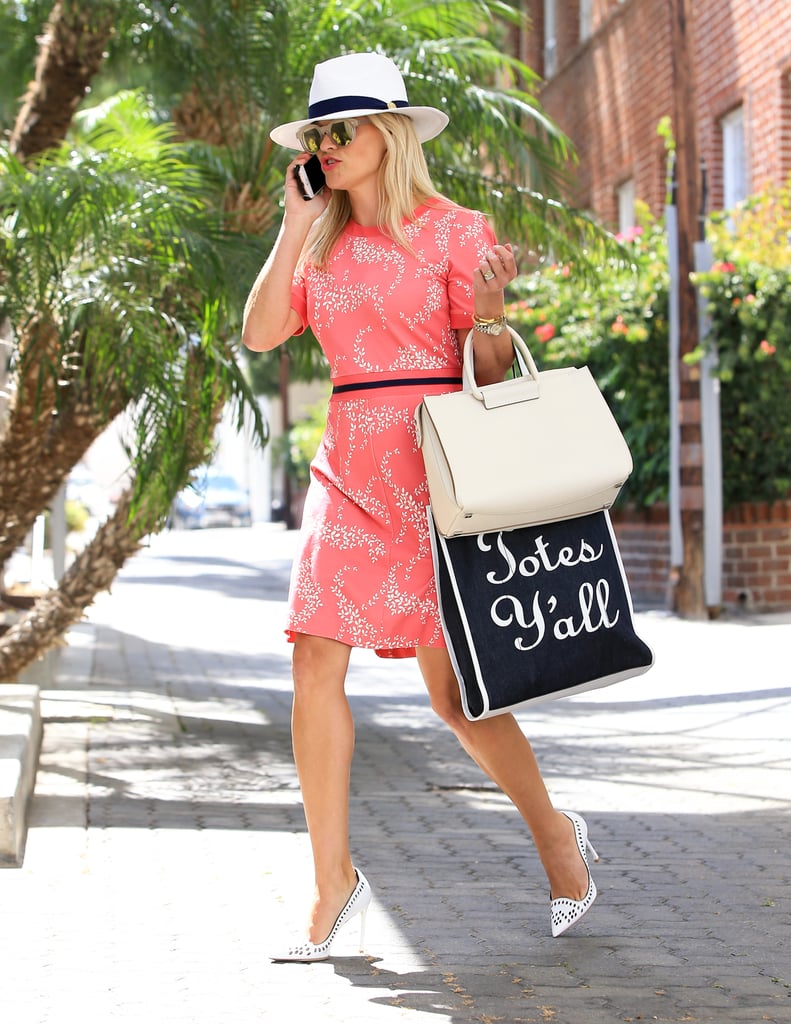 When Reese Witherspoon isn't hanging out with her adorable and lookalike kids, running errands with her husband, Jim Toth, or posting witty and hilarious things on Instagram, she's paying homage to some of her most iconic film roles. The actress stepped out in LA on Tuesday wearing a bright pink dress in honor of Legally Blonde's 15th anniversary on July 13. Reese, who played sorority sister turned law student Elle Woods, was all smiles as she chatted on her phone and laughed with her husband. She also made time to post a few cute videos to Instagram to celebrate the movie's milestone, including one of her doing "the bend and snap," and another encouraging her fans to share their own Legally Blonde-inspired moments on social media. If you're not seriously disturbed, keep scrolling for more of Reese's afternoon.