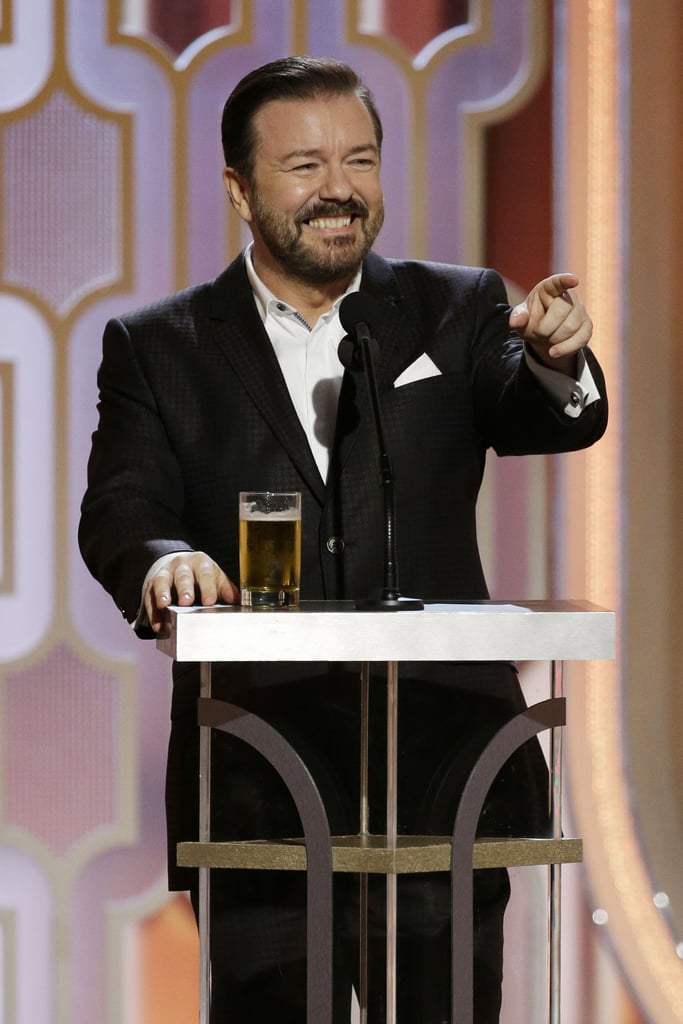 Ricky Gervais's Best Jokes and Burns From the Golden Globes

Ricky Gervais isn't known for being politically correct, and the host returned to the Golden Globe Awards to bring his signature controversial humor. No one was safe, even people who weren't there! (Sorry about that burn, Ben Affleck.) In case you didn't catch all of his jokes, take a look ahead to see which unlucky stars were the targets of his one-liners this year!