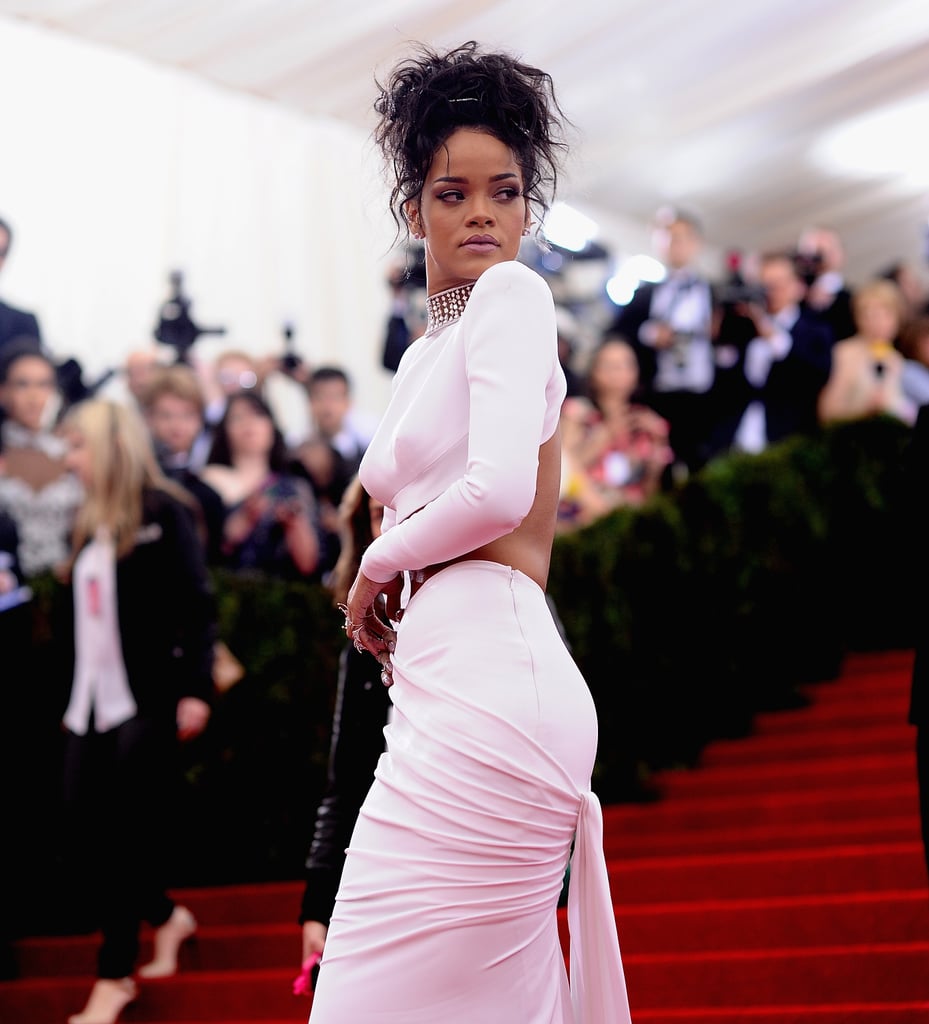 Rihanna is a woman of many talents: she's a singer, dancer, fashion designer, beauty mogul, lingerie designer, and queen of carrying around wine glasses in public. Rihanna also happens to be one of the most stylish stars on the planet, as evidenced by her Style Icon honor at the 2014 CFDA Awards and her upcoming gig as one of the hosts of this year's Met Gala alongside Amal Clooney, Donatella Versace, and Anna Wintour.

On Monday, May 7, Rihanna will bring her signature badass style to the iconic red staircase — but it's certainly not her first time taking over the event. Rihanna first attended the gala in 2007, and a decade later, she crushed the Comme des Garcons theme in an intricate floral dress and lace-up heels that took an hour to get into. Talk about dedication. We're celebrating Rih-Rih's big milestone with a look back at her best Met Gala moments from years past.