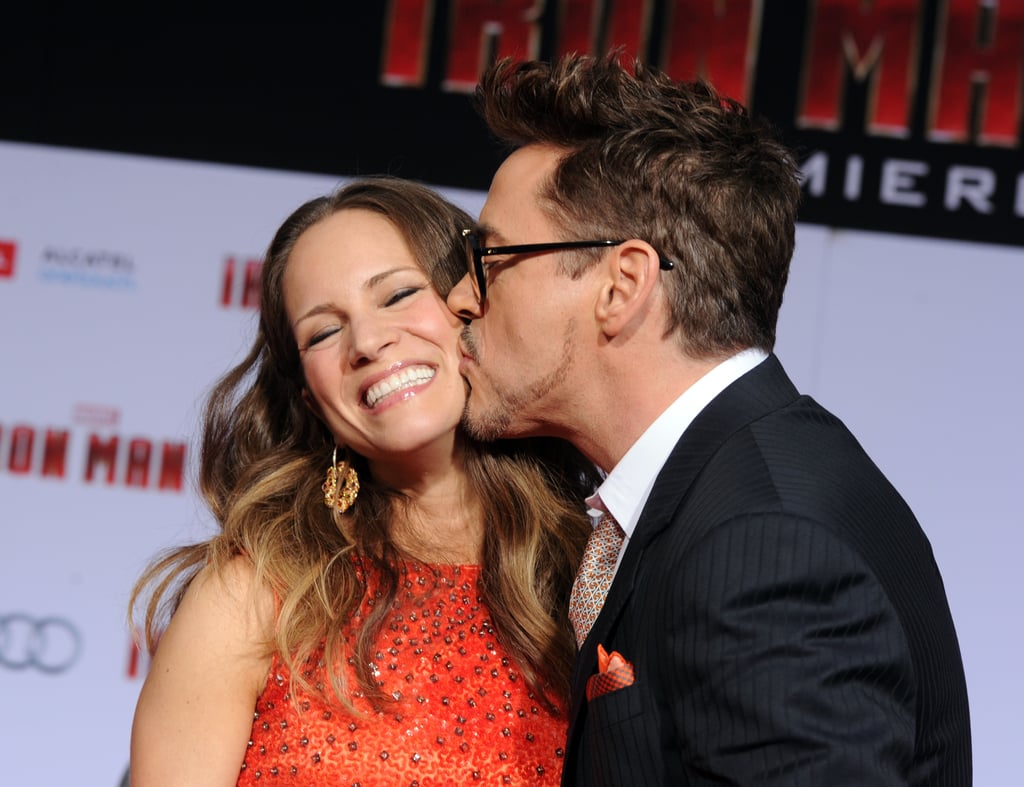 Robert Downey Jr. has been one of our biggest Hollywood crushes since the '80s, and his wife, producer Susan Levin, obviously agrees. The two first met on the set of Gothika in 2003, shortly after Robert split from his then-wife Deborah Falconer. Even though Susan turned down his advances twice, they eventually struck up a romance when he asked her out for a third time, and they continued dating after production wrapped. He proposed on the night before her 30th birthday, and they tied the knot in New York in August 2005.

Aside from being loving parents to son Exton and daughter Avri, Robert also credits his wife for helping him get sober after a long struggle with drug and alcohol addiction. Not only have they supported each other off screen, but they have also worked together on movies like Sherlock Holmes and Iron Man 2. They even have their own production house called Team Downey. Over the course of their relationship, the two have made tons of cute appearances together, but there is one thing Robert always does to show his love — he gives Susan a sweet kiss on the head. See some of their best PDA moments below.