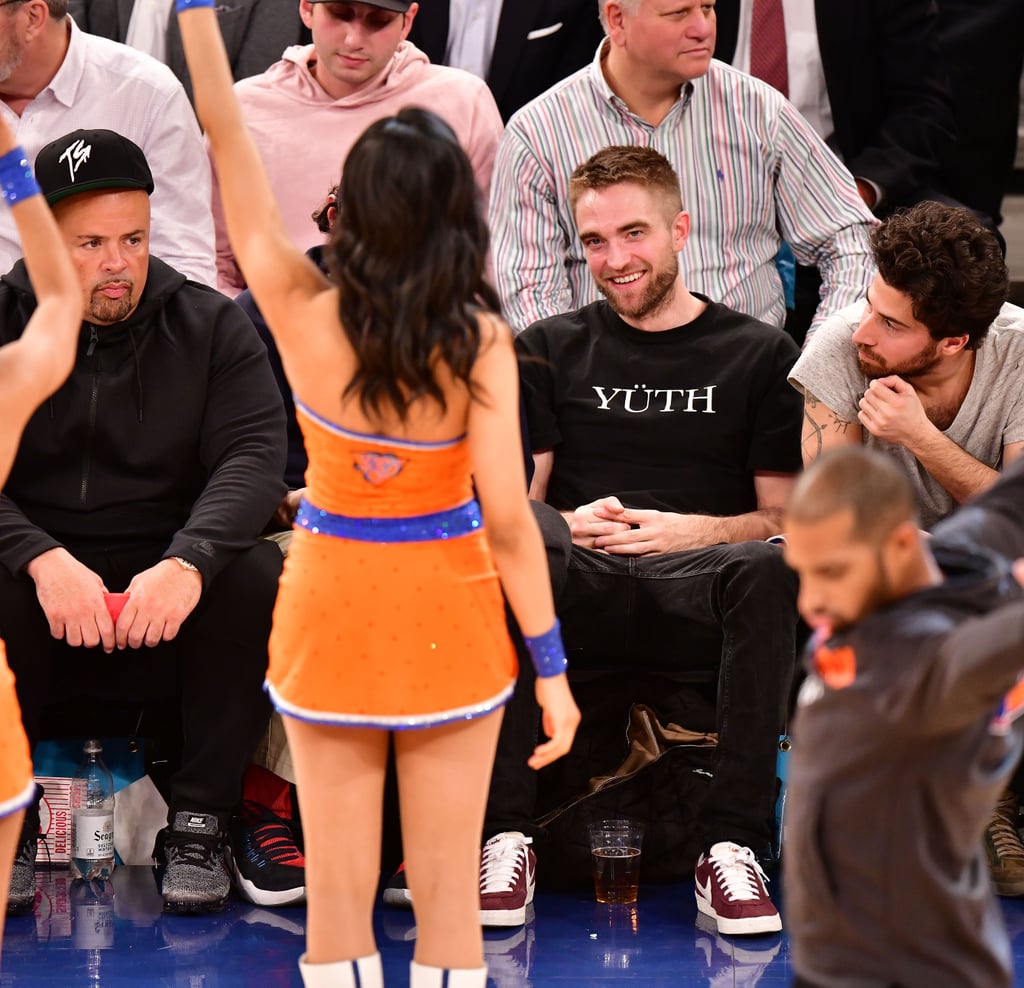 Robert Pattinson sat courtside to watch the New York Knicks take on the Miami Heat on Wednesday, but it was during halftime that the real show started. The attractive actor was snapped in the stands with friends looking very entranced as the Knicks City Dancers performed; a couple women in general seemed to capture Rob's attention, as he was seen keeping his eyes on them while grinning.

It was reported in October that Rob and singer FKA Twigs had ended their engagement after three years of dating. "They broke up several months ago," a source told Just Jared at the time, adding that "their travel schedules took a big toll on the relationship" and that Rob initiated the split. Signs pointed to trouble in paradise after FKA Twigs was photographed spending time with French model Brieuc Breitenstein in Ibiza, Spain, in August. After the split, Rob was said to have leaned on his pal Katy Perry for support. Judging by these photos, could it be safe to say that Rob is ready to get back on the dating scene?