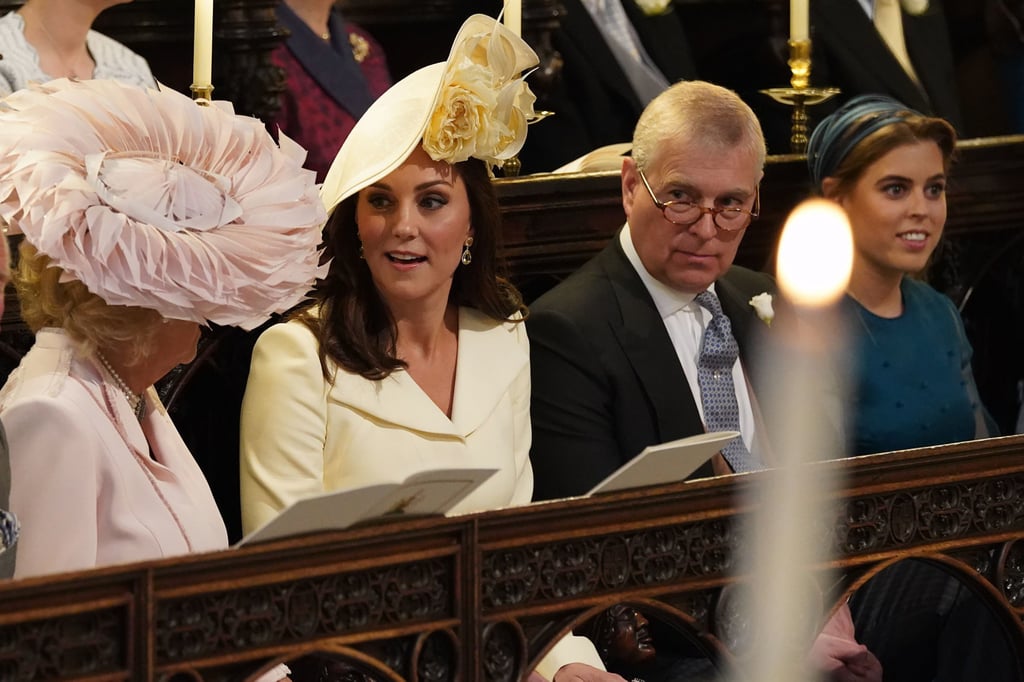 On Saturday, the royal family was out in full force for Prince Harry and Meghan Markle's wedding. Everyone from Queen Elizabeth II to Prince Charles was in attendance as the couple said "I do" at St. George's Chapel at Windsor Castle. While Prince William served as best man for his brother, Prince George and Princess Charlotte played special roles in the ceremony as a pageboy and bridesmaid, respectively. Not to mention, the wedding marked Kate Middleton's first official appearance since giving birth to Prince Louis. Even though her newborn wasn't able to make it, we certainly loved seeing the whole royal family together. Read ahead for some of the best moments, below.