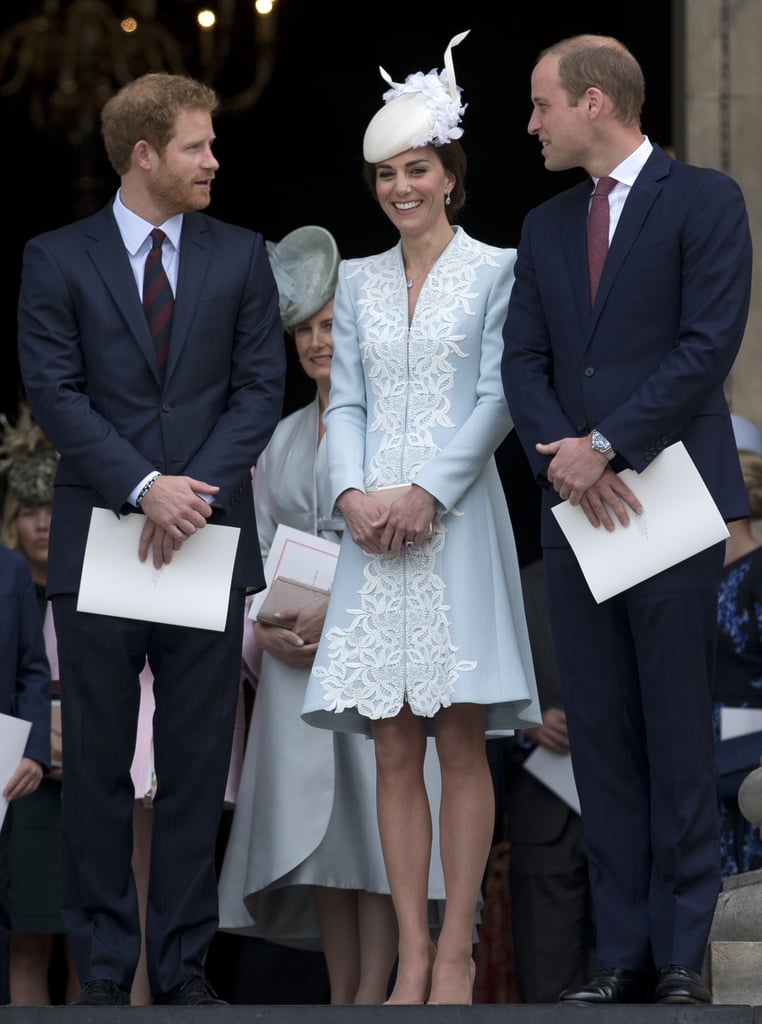 Queen Elizabeth II's 90th birthday celebrations are the gift that keeps on giving. After plenty of festivities commemorating the milestone throughout April and the exciting Royal Windsor Horse Show held in her honor in May, there was a national service of thanksgiving at St. Paul's Cathedral in London for her on Friday. Prince Harry, Prince William, Duchess Kate, and Prince Philip — who happened to be celebrating his own 95th birthday — arrived in support of the queen, and they all appeared to be in good spirits.

Kate and Harry had a particularly good time together (they're known for it, after all), barely containing their laughter as they posed for photographs with William before making their way inside St. Paul's. It's been a busy few weeks for the younger generation of royals lately, with Kate attending a SportsAid gala and spending time at the park with Will and their adorable children, and Prince Harry hosting the Invictus Games in Florida. With plenty more royal events on the horizon, we can't wait to see what they'll do next.