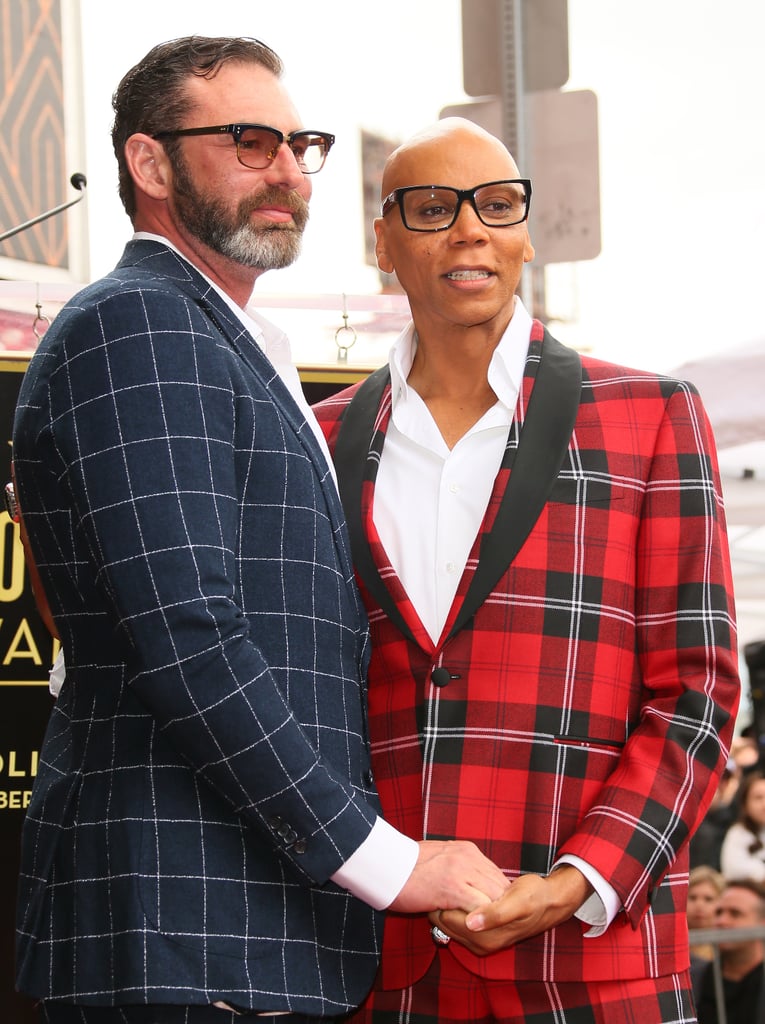 RuPaul was finally honored with a star on the Hollywood Walk of Fame on Friday, and he had the support of family and friends during his ceremony. The 57-year-old drag icon was introduced with a speech by friend (and fellow Hollywood icon) Jane Fonda, and posed for sweet photos with his other half, Georges LeBar; the couple, both wearing sleek printed suits, tied the knot in January 2017 after 23 years of dating — a decision that RuPaul explained in an interview after their secret wedding.

"We are devoted to each other," he told RuPaul's Drag Race just Ross Matthews. "We don't stand on ceremony. We thought, we don't have to get married. But then, in light of what's happening currently in the world today, what's happening in Washington, we thought, you know what? Let's do it." Big congrats to RuPaul on his big milestone! Keep reading to see photos from his star ceremony.