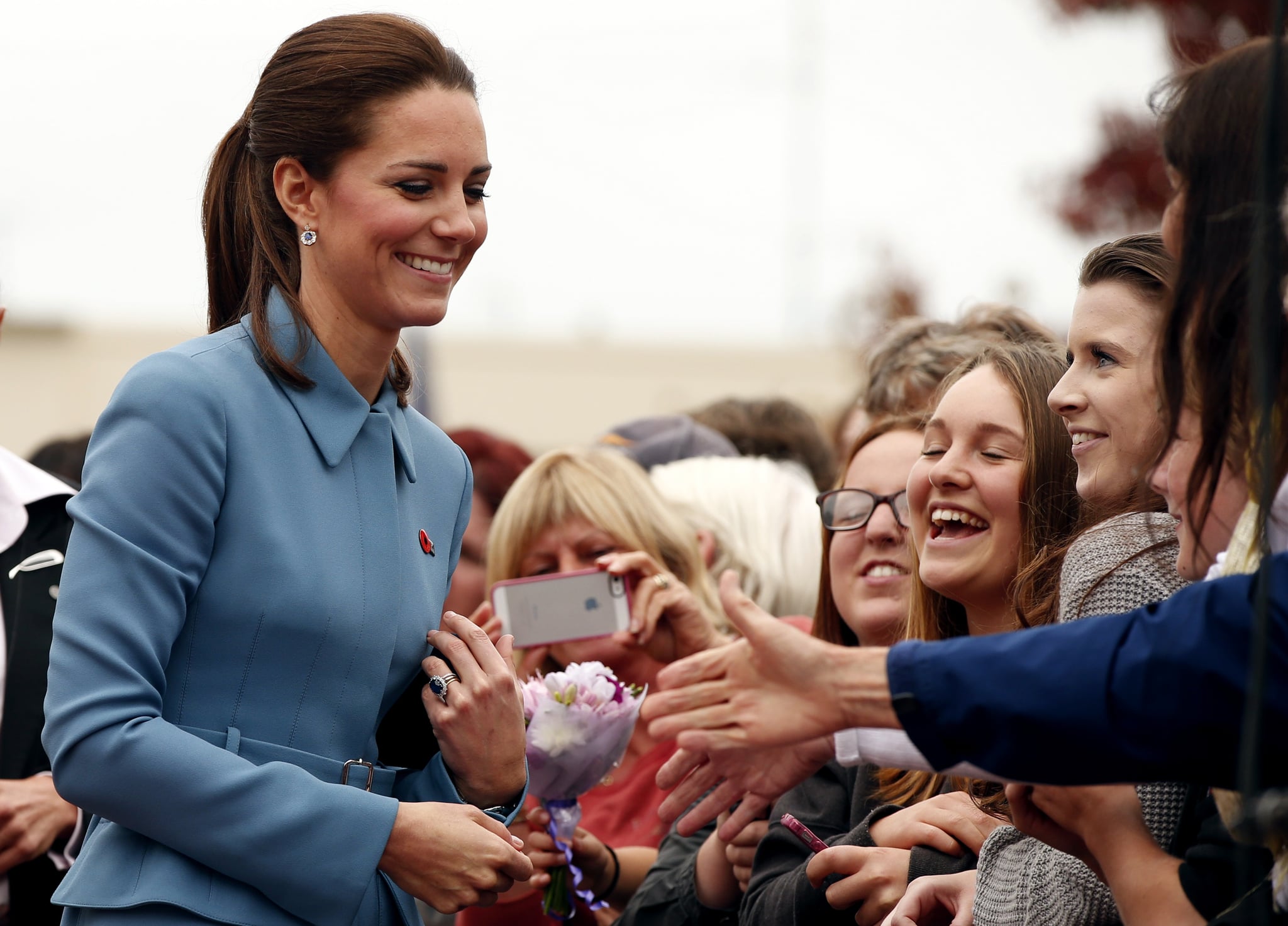 If you've ever been nervous about meeting your significant others's parents, it's nothing compared to the amount of pressure that comes with greeting a member of the British royal family. There is a nuanced royal protocol in place as a way to ensure universal respect for Queen Elizabeth II and the rest of her relatives, and although it's rather simple, people still manage to break it all the time. In 2009, Michelle Obama was chastised for hugging the Queen, and basketball superstar LeBron James was called out in 2014 for putting his arm around Kate Middleton after the Cleveland Cavaliers won a game against the Brooklyn Nets. Although many people would sell an organ to get a hug from Michelle or LeBron, each broke the number one rule when meeting the royals: don't go beyond a handshake.

We might fawn over Kate Middleton's down-to-earth personality now, but years ago the royal family was treated with such supreme reverence that they were likened to divine beings. Therefore, touching them was off limits. In an interview with the BBC, British historian Kate Williams explained that "from medieval times, monarchs were divinely appointed to rule by God, so they were kind of seen as gods, so they demanded to be treated as gods." Luckily the modern royal family didn't object to either Michelle or LeBron's breaches in protocol, a sign that they're more than open to adopting a more relaxed level of formality. The monarchy's official website makes it clear that "there are no obligatory codes of behavior when meeting The Queen or a member of the Royal Family," but outlines a few options for anyone who chooses "to observe the traditional forms."

How to physically greet the royal family:

The monarchy suggests women do a small curtsy and men do a neck bow (from the head only), although other people "prefer simply to shake hands in the usual way." After the incident with the First Lady, a Buckingham Palace spokesman actually denied that there are strict rules about being tactile with the Queen. "It was a mutual and spontaneous display of affection," he said. "We don't issue instructions on not touching the Queen." A similar thing happened when a fish market employee appeared to place a hand on the Queen's back in 2013, and her reps released a statement saying, "She did not touch the Queen, and even if she had done the Queen would have taken no offense."

What to say while meeting the royal family:

It also notes that the formal way to address the Queen is "your majesty," and afterwards, "ma'am." If you're speaking to other members of the royal family (i.e. Kate Middleton, Prince Harry, etc.), it's "your royal highness," and then "sir" or "ma'am." This rule doesn't fly with Prince William, however, who once said "I am and always will be an HRH. But out of personal choice I like to be called William because that is my name and I want people to call me William — for now."