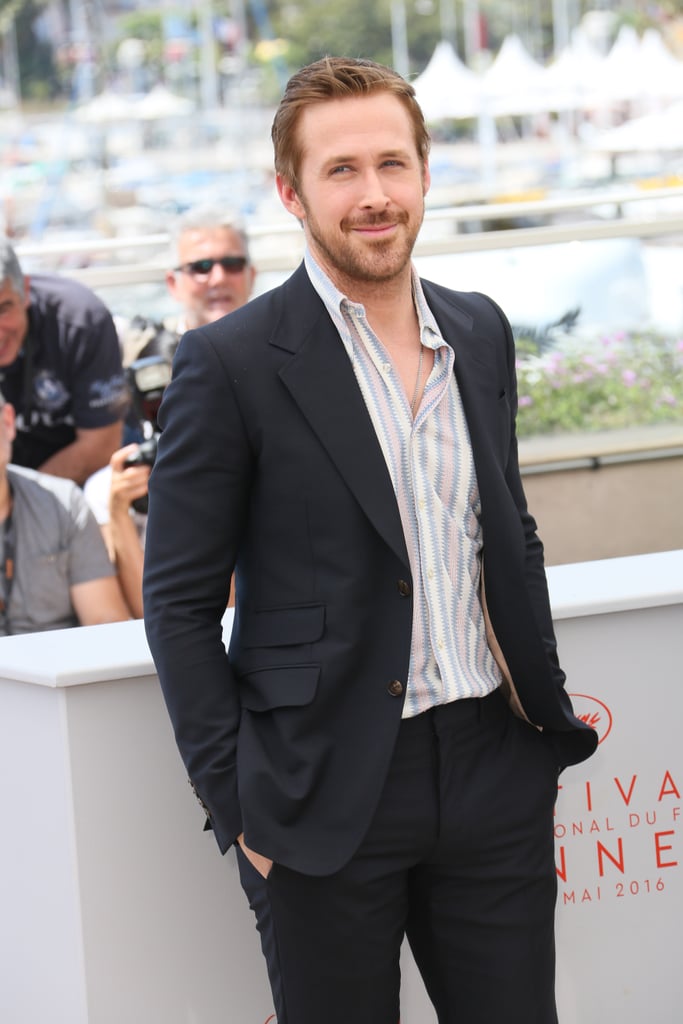 Ryan Gosling jetted off to the South of France, and the actor popped up at the Cannes Film Festival looking as dreamy as ever. The actor, who welcomed his second child with Eva Mendes, pulled double duty, popping up at both a press conference and photocall for his film, The Nice Guys, with costar Russell Crowe. Shortly after his surprise baby news broke, the star stopped by Jimmy Kimmel Live!, where he wore a "wildly inappropriate suit", teamed up with Will Ferrell for a hilarious "Knife Guys" skit, and let a lucky fan straddle him on the floor. The actor also appeared on The Elllen DeGeneres Show, where he told a sweet story about daughter Esmeralda. Keep reading for more photos, and then flip through the cutest pictures from the festival.