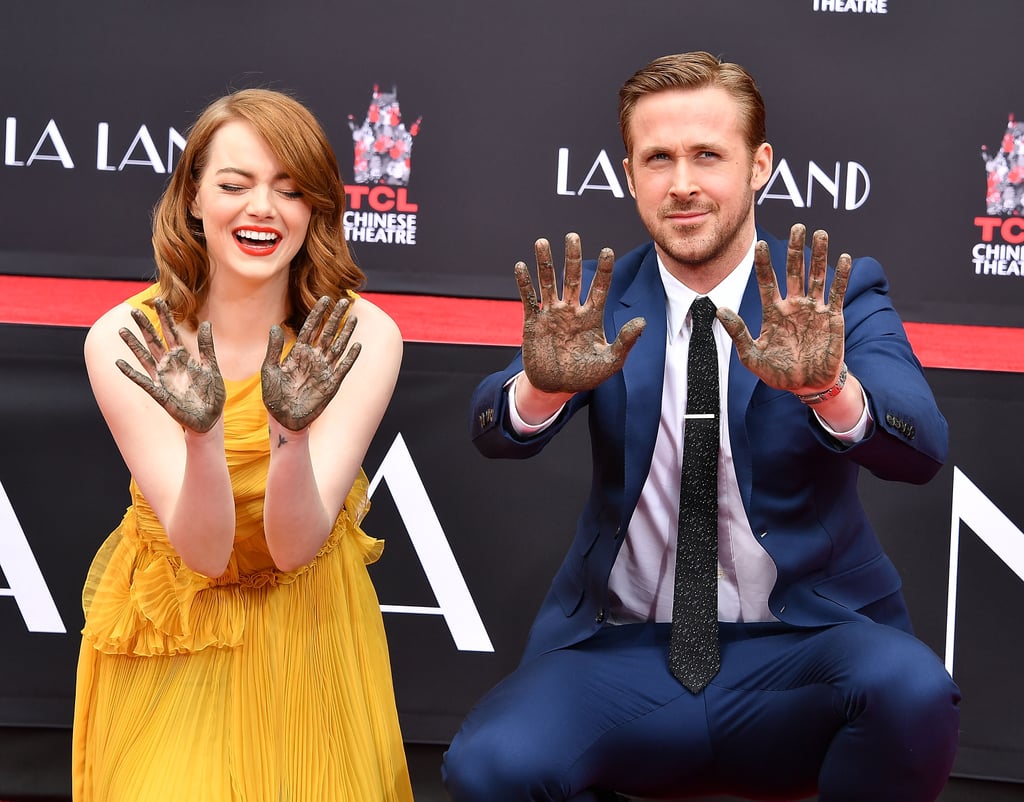 After kicking off their press tour for La La Land at the LA premiere of the film on Tuesday, Ryan Gosling and Emma Stone stepped out together for the movie's hand and footprint ceremony in Hollywood on Wednesday afternoon. Emma wore a gorgeous yellow dress for the special occasion while Ryan looked dapper in a blue suit. During the ceremony, Ryan joked about getting arrested for vandalism, saying, "I'm still, I guess, not completely convinced that we're not going to be arrested for vandalism. I'm going to take your word for it that we're allowed to do this." He then continued, "We had an opportunity to shoot in most of Los Angeles's iconic locations except for this one, so I guess this is the final piece of the puzzle. It's a beautiful way to end this experience."

Emma also admitted that she cried when she found out that her hand and footprints would remain outside of the TCL Chinese Theatre, adding, "This is embarrassing. I thought this was maybe the kind of a thing where you come and put your hand prints in cement and then they take them away and put them up somewhere. I was told they're going to stay here, so I cried a little bit inside."