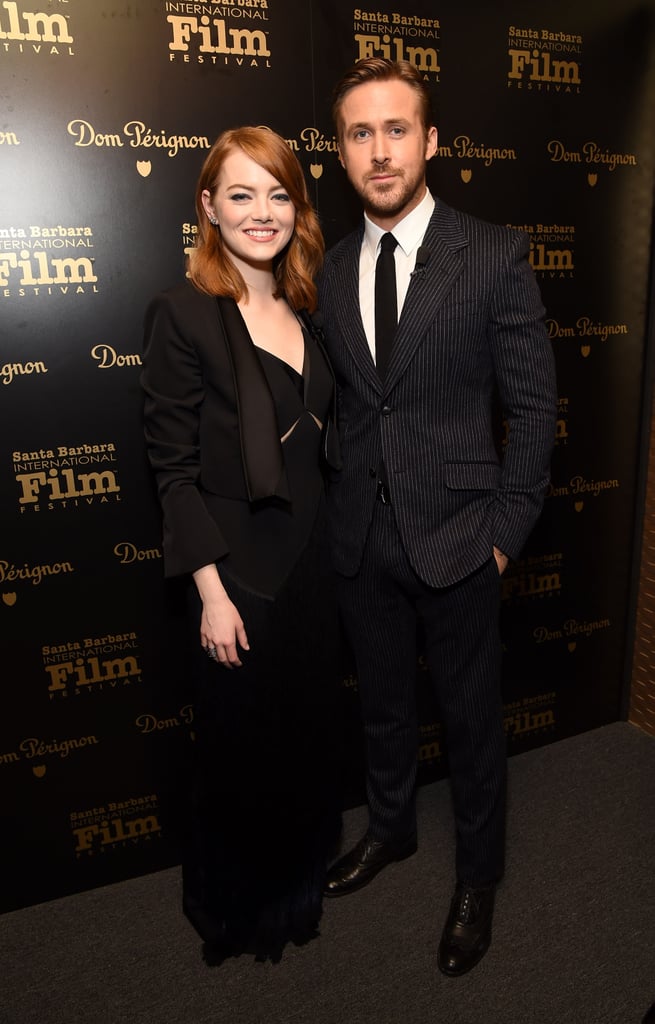 Emma Stone and Ryan Gosling are in the midst of award season, and unsurprisingly, it looks like they could not be having more fun. On Friday, the longtime pals stepped out together at the Santa Barbara International Film Festival, where they were honored with the outstanding performers of the year award. In addition to sharing a few laughs and cute moments on stage, Emma revealed that she didn't think she could sing before La La Land, saying, "I stopped doing musicals when I was young because I thought I couldn't sing, but I started taking voice lessons, and I was so happy to take on La La Land . . . We practiced dancing, and Ryan perfected playing jazz piano. He practiced three hours a day for three months."

Emma also talked about the first time she and Ryan auditioned for Crazy, Stupid, Love, adding, "I instantly felt like we were teammates. It was so easy for us to improvise together!" Both Emma and Ryan are up for Oscars this year, and even though we'll have to wait until the big show on Feb. 26, we have a strong feeling they'll be taking home the gold.