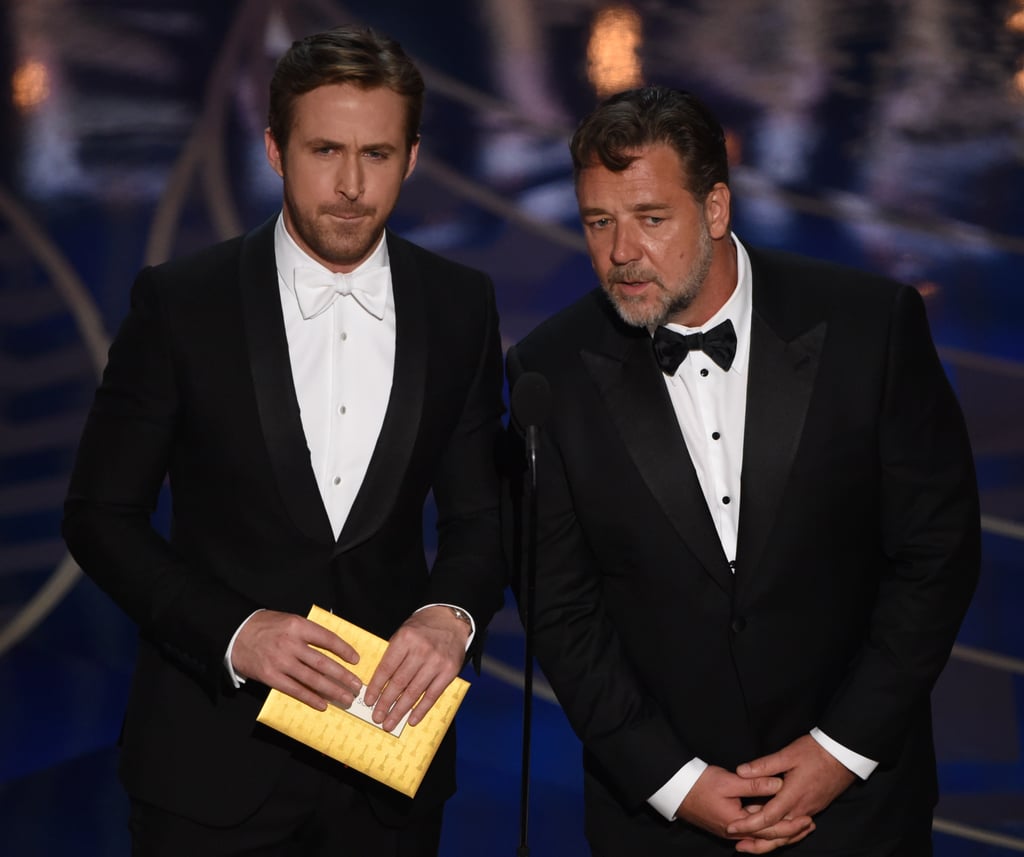 Ryan Gosling and Russell Crowe took the stage at the Oscars to present the award for best original screenplay on Sunday night. Not only did The Nice Guy costars give us a glimpse of their offscreen chemistry, but they also took turns poking fun at each other. At one point, Ryan said, "Look, let's not fight. I mean, my God, we have two Academy Awards between us, this is beneath us," to which Russell responded with, "Did you win an Oscar?" But the jokes didn't stop there! Watch more hilarious interactions between Ryan and Russell above, and then check out all the Oscar winners.

Netflix Movies
Calling All Lovers and Lovers of Love, These Are the Best Romantic Comedies on Netflix Right Now
by Kate-Lynne Wolmarans 6 days ago

Entertainment News
Chris Evans and Ryan Gosling Are Starring in a Netflix Spy Thriller, and We Are SO Ready!
by Brea Cubit 19/7

Oscars
The Fun Isn't Over Just Yet! See How Stars Are Letting Their Hair Down After the Oscars
by Monica Sisavat 10/2
Latest Celebrity and Entertainment