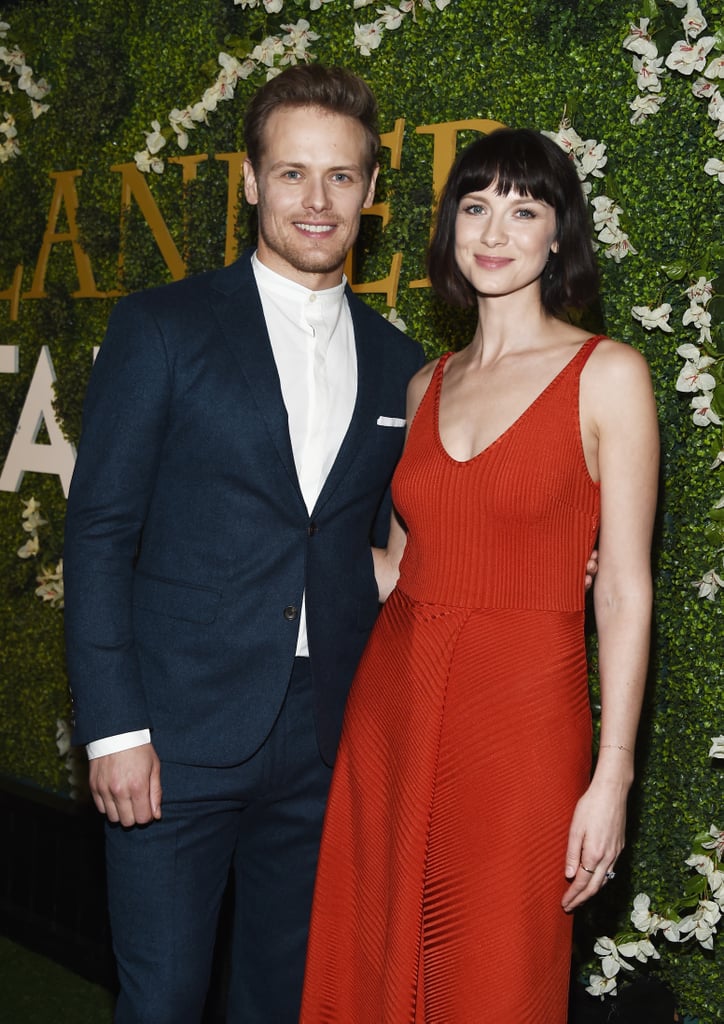 If you're like us and are anxiously waiting for season four of Outlander, Sam Heughan and Caitriona Balfe's latest outing should help ease some of the pain. On Sunday, the costars — and real-life pals — stepped out together for Starz's Outlander panel and special screening. In addition to making a striking pair on the red carpet, Sam and Caitriona shed some light on what fans can expect to see in the coming season.

"We finally actually get to see them in some sort of state of domestic bliss," Caitriona, who plays Claire, told Elle. "Finally, they're not being ripped from home or made to travel across oceans. They actually settle, and it's a different dynamic, and it's nice to explore that. Like, what is this relationship when it's normal? Because we haven't really had that."

Sam, who plays Jamie, also added that domesticity isn't one of Jamie's strong suits, so that may lead to some arguments. "He's very practical," Sam said. "Like why does he need to put the toilet seat down? It'd probably drive him irate that she'd clean up around him, or make him put things in certain places. I'm sure their domestic arguments are pretty fiery."

Unlike the show, Sam and Caitriona are only friends in real life. Sam is currently dating actress MacKenzie Mauzy and Caitriona recently got engaged to boyfriend Tony McGill.