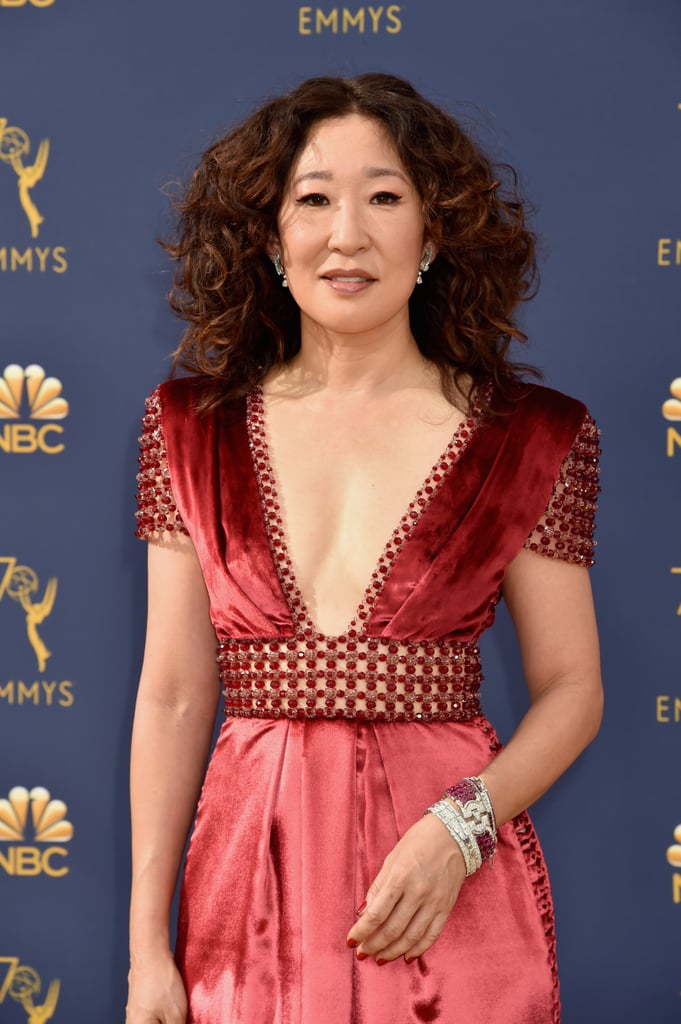 Whatever you're doing, you need to stop and sit down so you can properly appreciate just how wonderful Sandra Oh's appearance at the Emmys was on Monday night. Yes, she looked glamorous as ever — that plunging red dress? YES, Sandra! — but it was the fact that she brought along her parents, Mr. and Mrs. Oh, as her dates that really made our hearts explode.

The Killing Eve actress made history this year with her outstanding lead actress in a drama nomination for the brilliant BBC spy thriller, becoming the first Asian actor to be nominated in the category. Luckily she had her family's support as she hit the red carpet in a dress sexy enough to stop traffic (AND international female assassins) (probably).

The Grey's Anatomy alum also introduced her mom to This Is Us star Milo Ventimiglia and later posed with his costar Chrissy Metz on the red carpet, all of which was just as cute as it sounds. See more adorable moments from Sandra's night out at the 70th annual Emmys ahead!