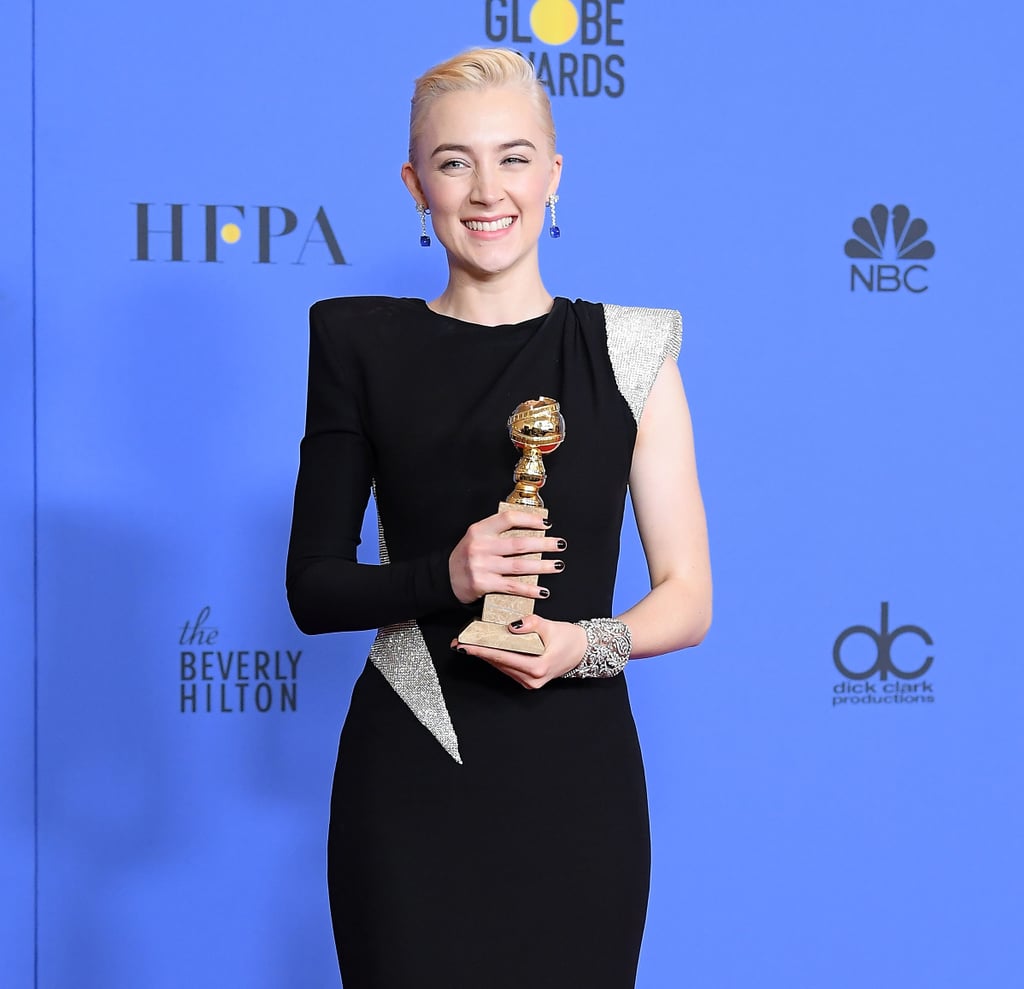 Saoirse Ronan was positively glowing as she took to the stage to accept the Golden Globe for best actress in a musical or comedy for Lady Bird. It was her first win at the awards, but her third nomination — quite an achievement for someone who's still only 23 years old. Giving a shout-out to her mom, who was apparently watching via FaceTime from the audience, Saoirse went on to thank the film's cast and crew before giving a shout-out to her best friend Eileen O'Higgins (her date for the night), as well as her fellow nominee Margot Robbie, with whom she's recently been filming Mary, Queen of Scots.

Backstage, Saoirse giggled with James Franco, cuddled up to her costars (including the adorable Timothée Chalamet), and proudly posed with her new trophy. She later spoke to the press about her career thus far, saying, "I've been very, very lucky that from an early age, I've gotten to do what I love to do and have been surrounded by really brilliant, creative people all my life."