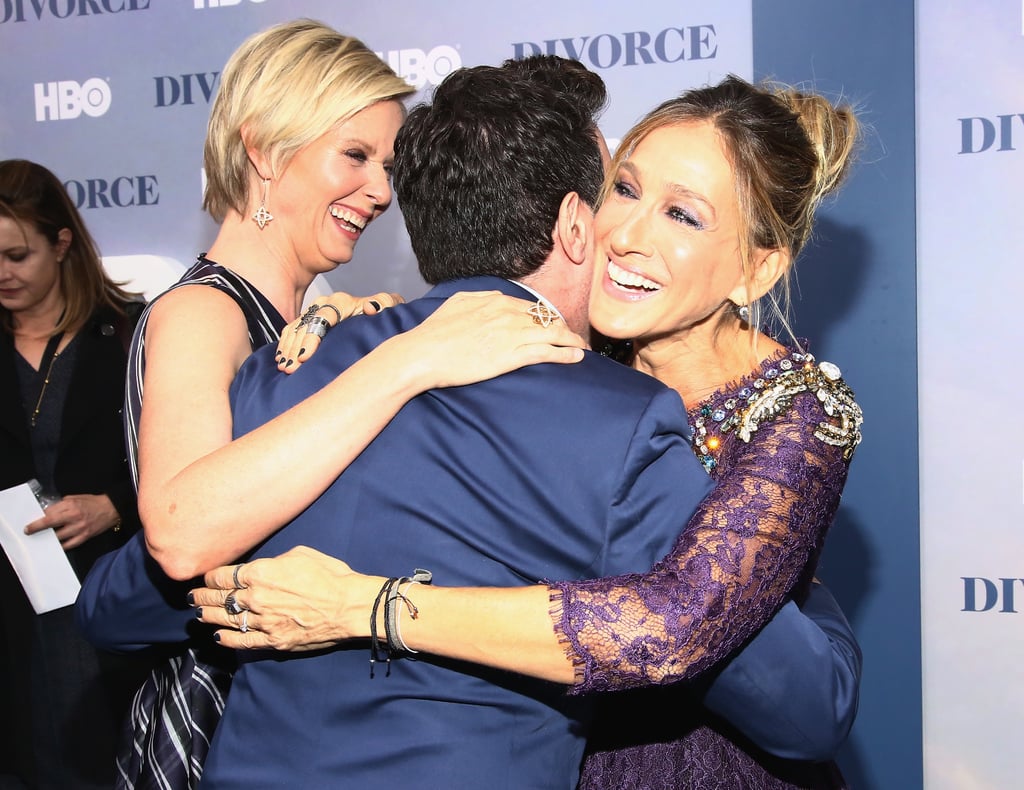 It's been 12 years since the final episode of Sex and the City aired, but the cast still remains close. On Tuesday, Sarah Jessica Parker reunited with her former costars, Cynthia Nixon and Mario Cantone, at the premiere of her new HBO show, Divorce, in NYC. The trio had the most fun on the red carpet as they laughed and posed for pictures together. Sarah, who was accompanied by her longtime husband, Matthew Broderick, gave off major Carrie Bradshaw vibes in a purple jewel-embellished gown. In an interview with Glamour last month, Sarah revealed that although she misses her iconic Sex and the City character "like the way I miss the birth of my son," she's ready to leave Carrie in the past for good.